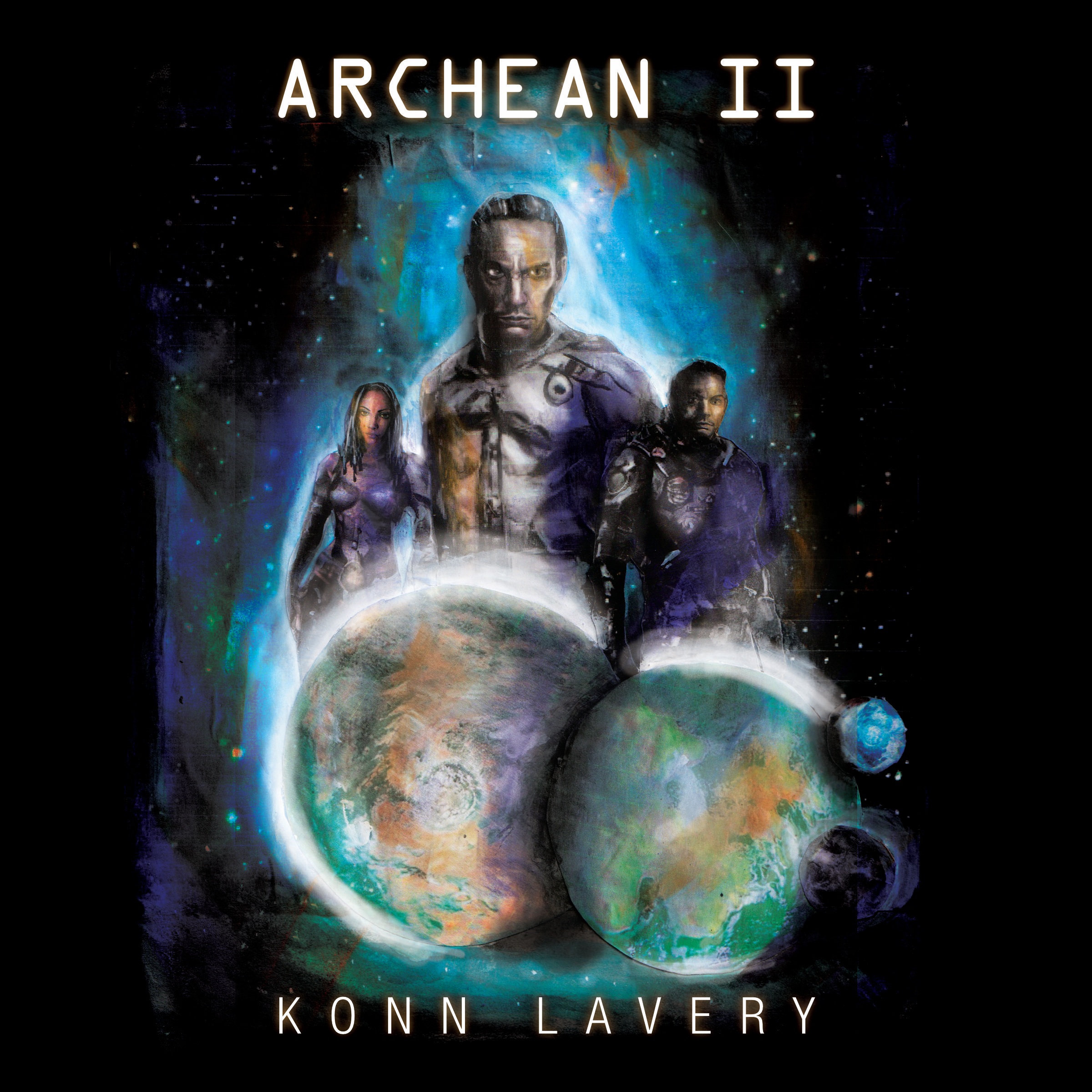 Three pioneers of the EX-7006 remain from their catastrophic travel through space. The crew landed on a new planet that they now call home. Alain McLeod’s hand-written letter serves as a historical document of their settlement, letting future generations learn where their founders came from.

Archean II is January’s short story, a stand-alone sequel to the Transmit event and Natural Cosmos, in the expanding Harvesters / Scrappers universe. Enjoy the story in the written word, audio, artwork, and in audio through the podcast with improv synths.

Humanity’s stubbornness has allowed us to thrive beyond our primal counterparts. Colonizing a new world is by no means an easy task. Especially when we consider the harvesters – gene freaks – that prey on Earthlings. They were once us. At the time of this letter, those monsters pick us off like cattle to understand their own lost lineage. It’s disgusting. We can only wonder what the old world must have been like before the gene editing and the split of humanity. Time has a funny way of erasing history – with war. Understanding the details of how our people were divided seems more unlikely than ever now that we are so far from home on this new exoplanet.

My fellow crew members and I were on the seventh expedition to leave Earth. We captured a number of the harvesters’ superior technology, bypassing their self-destruct systems. Humans are crafty. We’ve adjusted their ships to obey our command, letting us fly far beyond the solar system. I often think about home, where the remainder of humanity is struggling to survive from the harvesters, one by one. It’s impossible to know how the previous six expeditions went, as we cannot communicate with Earth anymore. Our crew operates as if we’re the last of humanity, for the better of our people.

The exoplanet is named Archean II, as this planet is so young. There’s much to explore, despite being smaller than Earth. We’ve seen fungus and other bacterial life growing around the waters. The rest of the environment is rocky, volcanic, or cold, depending on which part of the planet you are on.

Life has a cruel way of throwing a wrench into something good. Just look at what is being described on this paper. Our crew encountered some hostile . . . radiation or . . . creature . . . during our travel to Archean II. This thing clung onto our ship, like some kind of spider web, as we entered hibernation. Now, Captain Ross, Lydia – who serves second in command – and I are left.

That damn green hue . . . I swear it was alive. A part of it attempted to follow our escape pods as we descended onto the planet. Something about the atmosphere caused it to dissolve as we entered the new world. We had never been so relieved in our lives as we opened the pods’ hatch to see such vibrant colours in the sky and inhale the rich air.

Earth is shrouded in ash, radiation, and violent storm clouds that block out the sun. Apparently, centuries ago, the war of humanity destroyed the planet, altering the weather drastically. I’ve seen pictures of the old-world Earth from our digital archives. The planet was a beautiful blue and green. Still, it is nothing like Archean II’s two atmospheric purple moons and the orbiting twin sister planet.

Archean II certainly is foreign to us. We believe it takes about sixteen Earth hours to complete a day and something around two-hundred Earth days to finish its yearly rotation. None of us are astronomers, but we have some measuring tools from the supplies we brought down with us. Our estimation is a safe bet.

We’d like to visit Archean II’s sister planet. Realistically we cannot as the spaceship was manually set to self-destruct during our descent, preventing any chance of the harvesters tracking us. Just because we knew how to reverse engineer their ships doesn’t mean that there are more layers to the harvester tech we don’t understand. Harvesters are smarter than us, faster, and more robust. They always have one more trick up their sleeve, and we aren’t taking any chances. I wouldn’t put it past them to have some tracking system in as a fallback. Yet, time continues to go by, and we have never seen any sighting of a harvester. There’s plenty of people back on Earth still, and our new planet is far, far away. Who knows? Perhaps they will come for us one day.

We’ve been here for over two Archean II years. A life of agriculture has a way of humbling you. Let’s not forget humanity’s future resting on your shoulders makes you reflect on everything you’ve ever done. I’ve never had so much physical labour in my life. The tools we have help, but we can’t rely on them forever. There are no backups, no repair supplies, and how long can the energy sources last? We barely understand how the harvesters made these self-sustaining batteries work.

The four computers are protected in the main hall, archiving as much as we can. Personally, I’m uncertain about the lifespan of these machines – hence writing this message on paper. Paper! Our settlement is made of military tents – clearly not a long-lasting solution. We’re learning to build with rock, but it is no easy task to carve bricks.

At the time of this message, Captain Ross and Lydia expect a baby in our new colony. I reflect on what my role is going to be. Our population will be small for many generations. The three of us have discussed expanding our people’s chances of survival by conceiving more children with Lydia and me. This strategy will strengthen the human gene pool with two family trees. We’ll focus on the second family lineage after Lydia births her first child with Ross.

Truthfully, I cannot believe we are having these types of conversations. Life on the run, back home, from the harvesters, is all we knew. War, anger, fear, hate, violence, aggression, and primeval are everything we understand. Archean II gives us new hope.

Unfortunately, on Earth, we never discussed strategic procreation to save our species. The topic had come up once during our mission briefing before we left the planet. It was then okay, as I was fond of my crewmate Zoe before that damn green hue took her life. Zoe is certainly someone I would have liked to have as a permanent partner at any settlement – another wrench thrown by life. I still think about her . . .

In the back of my mind, I know we are humans. We dare the unknown; we are versatile; we adapt to our environment; the human spirit will live. We are the founding parents of Archean II. Hope is alive and well in all three of us. Very few of our supplies were damaged during our landing. We continue to plant crops – preparing for the third season – and have a safe home. Humanity will live on. My only sorrow for Archean II is that I will not live to see it thrive due to inevitable old age.

Writing with charcoal on what little paper we have is not ideal, but this personal letter will serve as the first physical, historical document of our time here on Archean II. Again, who knows how long those computers will last. May you preserve these words and cherish these words as humanity enters its new era.

I will show the newborn the location of this document when they are old enough. It resides here, higher from the ocean shores, just before the snow begins on the mountain. Here, in this cave, where I had first found those two chrome marbles almost two years ago.

There’s a pattern of twos on Archean II . . . and I wish we had answers, but neither I, nor Ross, nor Lydia have any conclusion to what these two chrome marbles are. They appear harmless as nothing has occurred when we brought them back to camp for inspection. There was nothing else in the cave either. Ultimately, we returned the marbles to the cave beside this letter, respecting their origins.

Whether it is life on this planet, or simply a visitor, we know these chrome spheres are no natural formation and we are not alone in the universe. When the newborn is old enough, they will pass down this message to all of you for future generations.

From your loving founding parents: