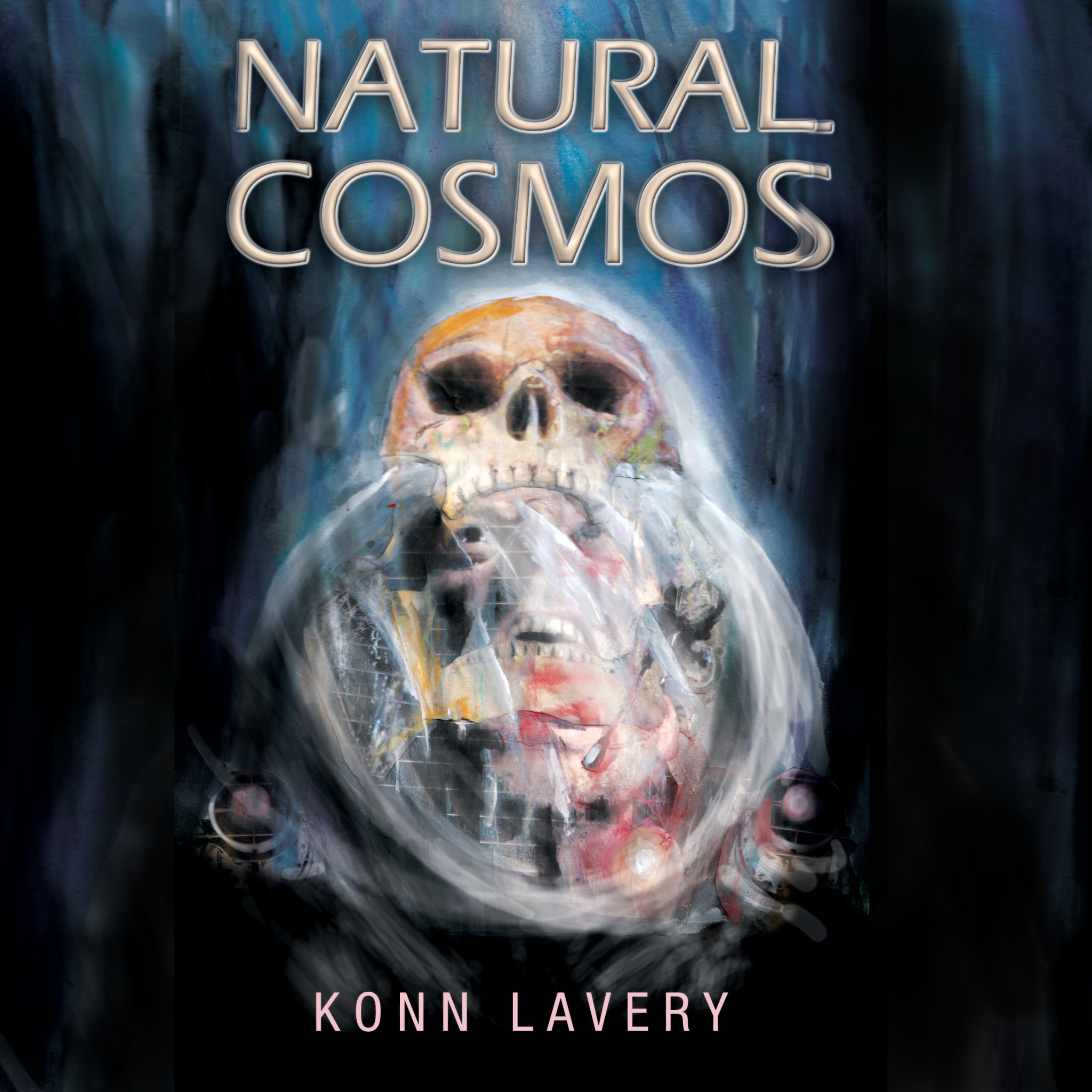 The audio log of a spaceship’s crew member is discovered, recording the last session that they had while floating through space, soaking in the aftermath of an attack from the gene-editing harvesters. Now, he can only hope his dying words will offer insight and serve as a warning into what happened.

Natural Cosmos is July’s short story that brings readers into the expanding Harvesters / Scrappers sci-fi horror universe. This one is directly related to the Transmit short story from February.

-orking now. I think. The red light is seeming to stabilize. Okay. Our ship collided wit-……

…Shit, this recorder is busted. Not to mention, there’s no telling how long my air tank is going to last. Damnit, Lorne, you’ve got yourself into a real mess this time. Look, the dashboard is shot. I can only guess the seconds from my breathing. And smart move, talking out loud here, wasting air. It’s not like time matters anymore. I’m done for.

Wait, the light is dim, it is still recording. Damn right. Apologies for these ramblings. That little red blinking dot better stay on and keep my sanity in check. I can’t believe I survived the explosion of the shuttle. If this thing is going to record, I hope that when my corpse is discovered, this audio log will make it to someone, somehow. Ideally, not in the hands of a harvester.

Well, seeing as these are my last words, to whomever, I’ve gotta tell you that floating through space gives you a lot of time to think about life, what you did, and why you ended up here. Looking at the planets, stars, and ship debris floating around, makes you realize we’re such a small spec in the larger painting. Nature’s canvas, spanning across the universe. Biology, physics, chemistry – all of it is intertwined in the cosmos. The universe that doesn’t care about our needs, as is the law of nature. To our knowledge, we were born from the planet Earth and surpassed many filters of evolution to bring us here. We’re attempting to escape our homeworld and head for the stars, away from our own created predators.

What am I even saying? These thoughts are probably the result of a lack of oxygen, or maybe I am reflecting on everything I should have when I had the chance. After all, I am a little spec of an evolution offshoot soaring through a vacuum. We’re not meant to be up here, and we’re not meant to modify our genes. Humanity has truly reached some fantastic feats.

Yet, here I am, gradually rotating on an angular axis, watching the aftermath of the harvesters’ attack on our escort mission. Damn organ-pickers, so persistent on making sure we don’t escape Earth. We know that they were once human. How long ago remains unclear. The Lost doesn’t have any answers. Whatever conflict that took place eradicated the old world and its history. Only the gene-freaks have any record of what went on. They kept the tech. They were genetically superior, so who could argue? We can only piece together parts of our past from excavating the Lost. At the same time, the harvesters continue to edit their genes, perfecting themselves. Their tinkering ways are what drove them so far from humanity, changing their forms and their minds, eventually seeing us like animals.

Maybe their modifications are a part of nature. There is no good or evil, according to the cosmos. It doesn’t play by any rules. Just look at that sun of ours; it shines so brightly. That is it. Let me tell you, it sure is a beauty from out here, beyond the planet’s smug. Earth isn’t anything to look at. It is just a giant grey ball of clouds. From what archives we have salvaged from the Lost, photographs and paintings portray Earth as a vibrant green and blue. I can’t even imagine what the surface must have been like.

I’m not sure what else to tell you, whoever you are, listening. Oh, right, I still have a duty to serve. What happened here? Shit. Well, our cruiser made sure that the EX – 7006 made it out of the solar system. I honestly didn’t think that it would. Our distraction helped them initiate the gravity engines. The harvesters won’t be able to track the ship at that speed. Pricks. Score one for humanity.

Let me back up, in case my body isn’t found by another human or even in my lifetime. The EX – 7006 is unique to our previous launches into space. The crew is on a one way trip to a new world. The brave souls on that ship are on the most vital mission of all – recreating humanity. In case this is found by harvesters, fuck you. You’re never going to know where the EX – 7006 went.

The plan is a longshot. What other options do we have? The harvesters are superior in every way. We can’t outgun them, nor can we reason with them. Our only chance of survival as a species is to get away as far as we can. That leaves the rest of us on Earth to perish unless we manage to send out more colonization ships to new worlds without being detected.

Maybe we will defy nature. My pal Alan McLeod believes we can. He told me, “we’re humans. Defying nature is what we do.” That stubborn bastard was so eager to make it onto the EX – 7006. He’s safe now, thanks to my crew, the harvesters won’t get him. I hope he is right about the human spirit. Hell, with his logic it explains the harvesters and their gene editing. Human beings who defied nature, now preying on what they once were. Let them. They’ll starve. EX – 7006 made it out. Unfortunately, some of humanity has to be sacrificed – or in biological terms, naturally selected. That’s the short version of what happened. I could go into the details of what occurred, why our captain decided to propel the shuttle straight into the harvesters’ ship, and why I seem to be the only one who survived, but what is the point? I don’t think I will be making it out of here alive. My crew members’ sacrifice is enough duty to humanity.

If you don’t mind, I’d like some silence while enjoying what is the last view I will ever see, until the recording log or air tank runs out. I’ll just stare at the great neutral cosmos, who cares not of who lives. It is both beautiful and sickening to watch. Seeing beings like the harvesters just makes me think there is nothing out there for us but death and misery. As individuals, our desires serve no purpose. As a collective, humanity has to find a way to survive, procreate, resist, as we always do.