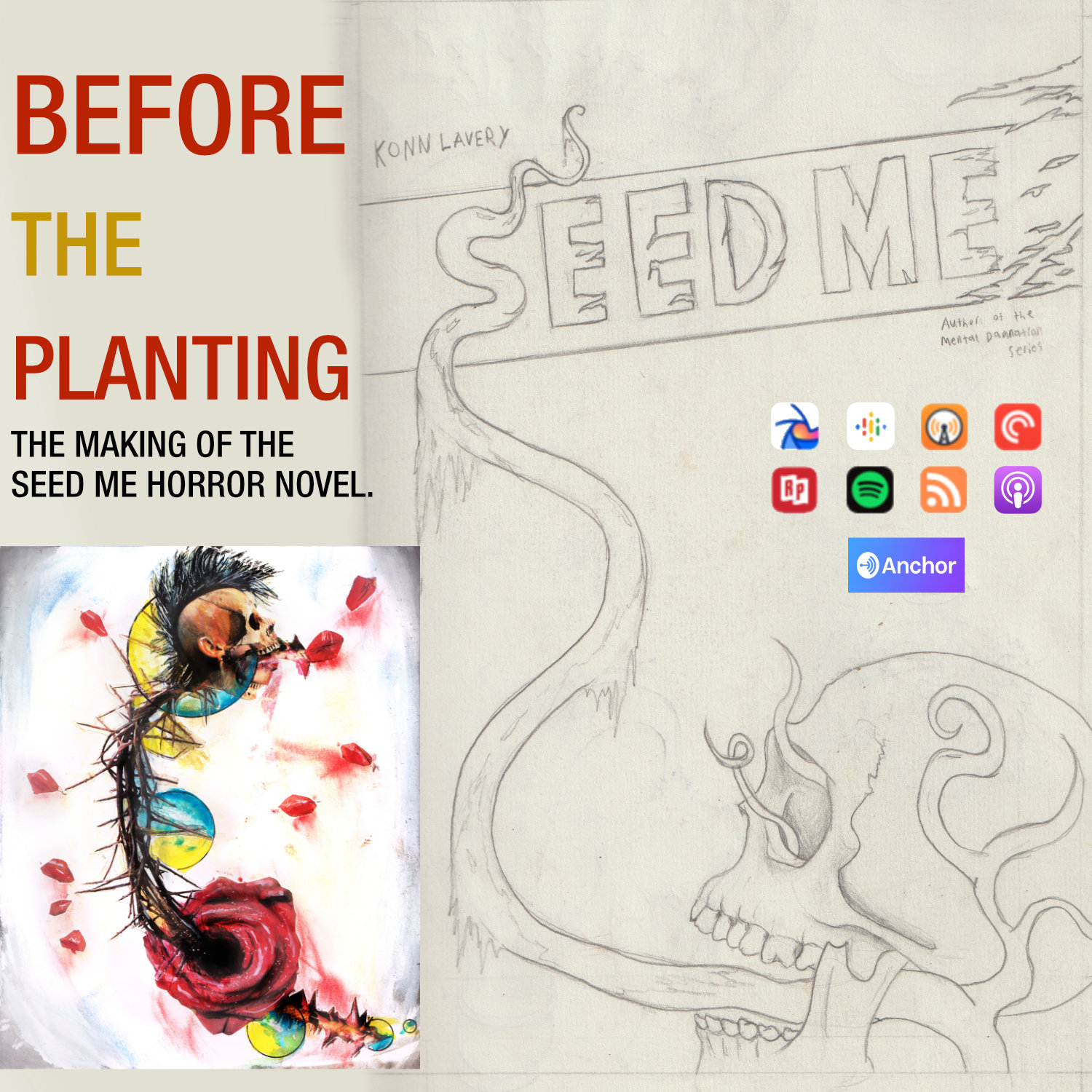 Before Planting – The Making of the Seed Me Horror Novel.

Learn how the Seed Me novel sprouted. We’ll cover the origins of the premise, how it evolved, and the research that went into it. We’ll also look at some of the inspiration such as the novel score collaboration and the artwork inspiration for both the album and the novel.

Missed the previous episode? Starting out? No worries:

Enjoying the audio story? Get the book.