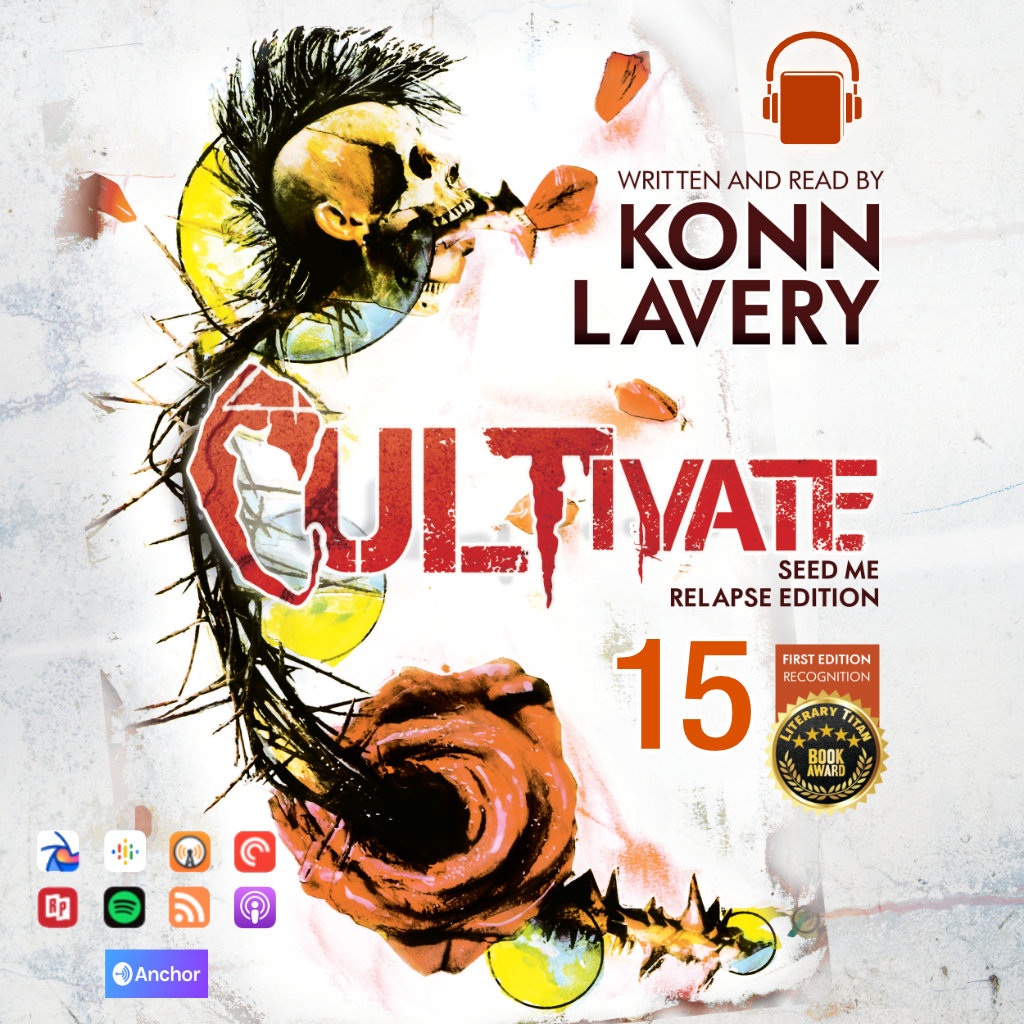 Chapter 15 of Konn Lavery’s horror novel Cultivate: Seed Me. Enjoy the podcast below and share it around:

Logan and Janet grieve the death of Skip. They can’t leave the band in the dark. It’s time to explain to Jake and Seb EVERYTHING that has been going on. It’s a real messed up story. Good luck to Logan and Janet trying to explain it.

Next week there will be a behind the making of the Seed Me novel. Following that episode, keep watch for the next episodic audiobook coming in February 2021!

Missed the previous episode? Starting out? No worries:

Enjoying the audio story? Get the book.