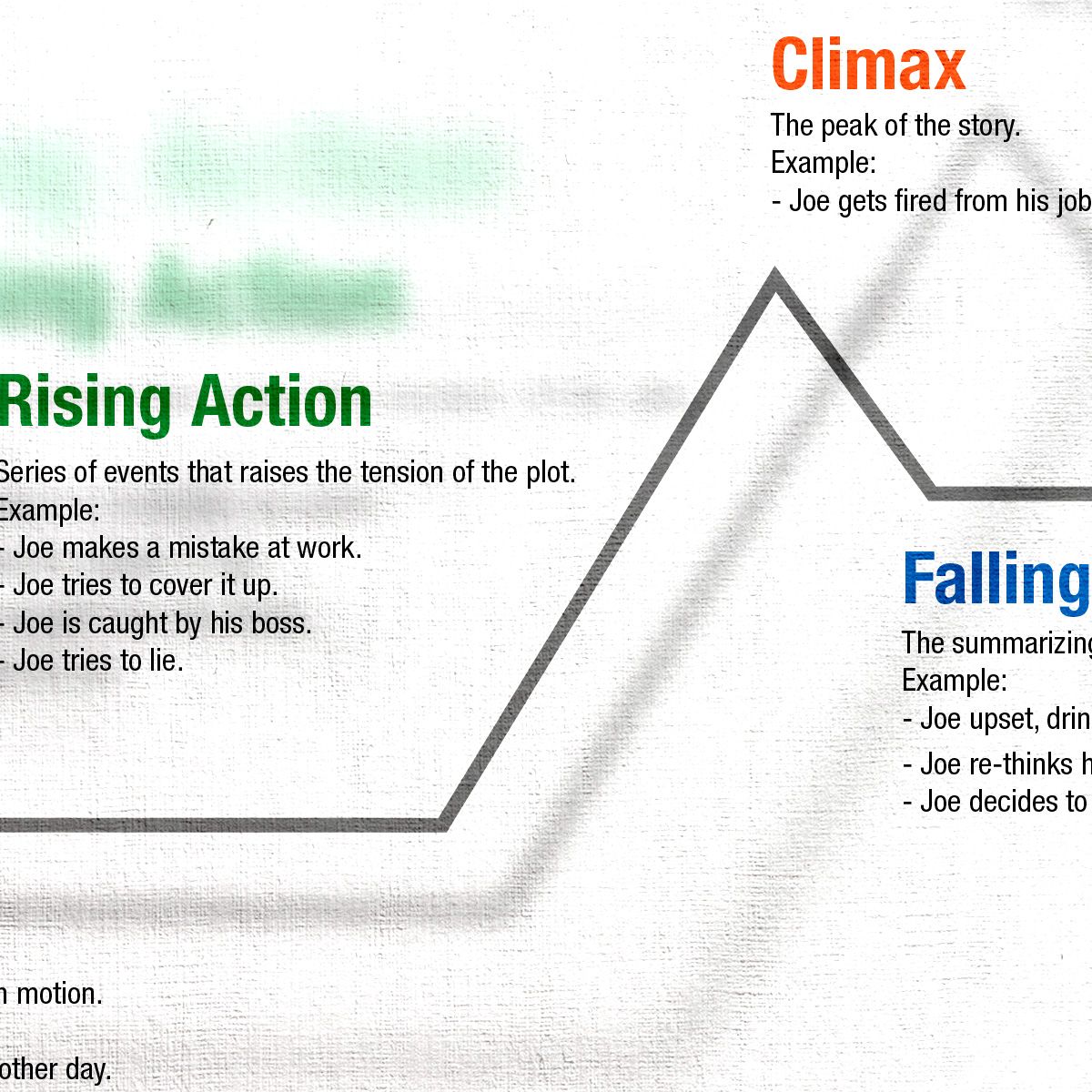 In the previous post, we looked at the premise of a novel. This is a very important step, it doesn’t take a lot of time to do and it can save you a ton of headaches down the road. The post also mentioned to put the brakes on before diving too deep with the writing, wanting you to think broadly. Now, we get to dive a bit deeper and look into the plot outline.

What is a Plot Summary?

Hold on, we’re talking about plot outlines, not plot summaries. Big difference here. You will hear people use this terminology interchangeably but the fact is, they are not the same. The plot outline is a series of points that you make prior to writing the novel. The plot summary is the piece that you write once the book is finished (the synopsis). This should offer you some clarification as to what it is.

Okay, so what is a Plot Outline?

A plot outline is your whole story summarized (ideally in a single page), noting the important plot points in the novel. They come in many shapes and forms. Some are more visual and others are simply bullet lists explaining the storyline in a chronological order. Below is an example of a visual plot outline: 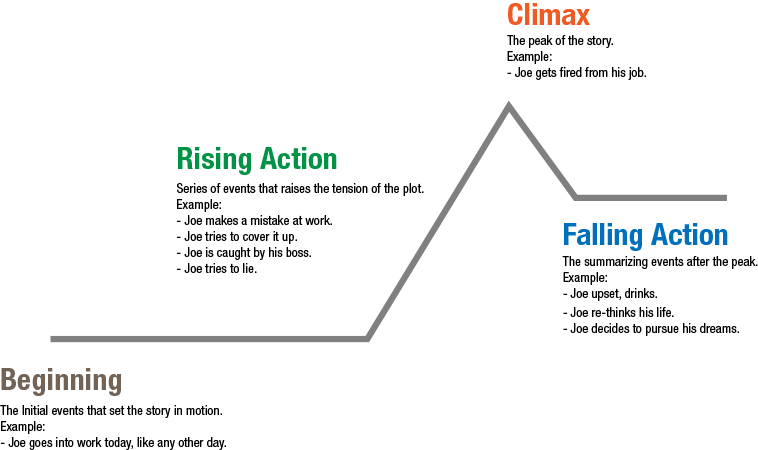 As seen in the diagram above, a plot outline demonstrates the gradual rising action, climax and sudden falling leading to the finalization of the story. This is an extremely simplified example of what a plotline looks like. You can get quite detailed depending on how many sub stories or how complicated your novel is.

Remember that thing you wrote earlier? That comes in handy. Previously we chatted about the one to two sentence statement to summarize your novel and spark new ideas. These ideas might be “who the antagonist is” or “who are the supporting cast in the story”. Now is the time to look at your premise and start asking questions about what it does not answer.

Your story might jump forwards and backwards in time to create mystery or tension. Your story may be told through a limited narrative format making the readings unaware of certain events until later in the book. This creates the differentiation between the linear storyline and the narrative storyline.
Linear Storyline – This is the chronological string of events that happen throughout the story. These events might not be revealed to the reader in the exact format that the narration follows. For example, there may be events A, B, C and D that happens but the reader learns about the events in the order of C, A, B and D. This creates mystery and a wonder of how the events from the beginning lead to the end.
Narrative Storyline – The narrative storyline is the version of the story told to the viewers. As mentioned above, the reader might be place at the end of a series of events and be baffled as to how this outcome came to be. An example would be an opening scene of several characters gunning each other down and not knowing the outcome until they read through the whole story.

How Do I Write a Plot Outline?

Your plot outline should focus on the Narrative Storyline that the novel follows. If you have sub-plots, or a Linear Storyline of events, it would be useful to note them in the Plot Outline but create a separate plot outline sheet about them for further detail.
You want the plot to increase gradually, building suspense for the reader, until the story’s primary climax is reached. What is the grand event that the readers have been waiting for?

The Initial Event and Its Rise

This is the start of the incline. The hook, also the most challenging aspect of a book. After you have defined the set up, you will want the story to gain momentum. What causes the story to be interesting? How does the book draw your readers in?

This is known as the Rising Action.

You could use the method described earlier with Linear Storylines vs Narrative Storylines technique or propose an interesting scenario where the protagonist and the Linear Narrative are in synch, leaving the remainder of the plot a shroud of mystery.
Recall the diagram initially shown? Use this as starting point where the template points note the general direction of a plot with Joe starting a regular day at his job, makes a mistake and tries to cover it up.

Download a blank template for your plot outline to print off.

This is the peak of your plot rise. The prime tension of the story that you have been building up to. In the example, Joe is ultimately fired from his job. Oddly enough, you may come up with this point of the story prior to the previous events. That is fine, writing is not a linear format. The creative process jumps from all points and does not follow any set formula.
To summarize the climax, it should be the great conclusion of the overall book’s plot. Sub plots should be concluded at this point (unless you want to leave them open for sequels). The protagonist generally needs to make a daunting decision or has to overcome unbeatable odds to reach their goal. In this case, Joe has to accept the fact he tried to cover up a mistake and move on.

The Decline and Resolution

After the climax there needs to be some closure. A sudden break isn’t fair to the reader (it’s like a text message breakup, not fair). Give the reader some explanation to the peak of the story. In the example, Joe is update but concludes he should follow his dream.

Plot Outlines come in many forms and this might not be the exact format for you. For my plot outlines, I simply use a bullet list that shows a series of events that leads to the end, it is not quite as visual as the traditional plot outline but that is the method that I have grown to prefer, mostly for its simplicity.

With the gradual incline, climax and decline method, use the template provided to come up with a plot outline. This may take several iterations and reviewing. Work on it until it shapes into a generic direction of where you want your plot to go. We’re still seeing the story from an overarching view and not focusing too hard on details.
Write your plot outline and keep it for the third part of this series, where we dive deeper into the process by focusing on chapter outlines.

Not sure where to go from here? Or wanting to look for some inspiration? Clarify in the comments and we can chat about it.