Damnation at the Edmonton Comic Expo

Marvel superheroes, internet trends and movie references, all mashed up in a buzzing weekend at the Edmonton Comic and Entertainment Expo. This was the second year I had a booth at this thrilling event. Each year proves itself to be unique and rewarding in its own. Despite not having a strong knowledge of more well-known areas of pop culture, I found it easy to mingle. I gained appreciation for visuals of the Expo’s booths and cosplay.

Thursday was an opportunity for vendors to set up early where I ran into a number of people I knew from 2014. This year, I took a new approach by deciding to downgrade to the Artist Alley. It was an experiment of a cost to margin ratio where previously I had a regular booth size.
Set up was quick and easy. Minus the over-analyzing of the booth to ensure symmetry among the display, a designer’s quirk (or OCD) kicking in.

Day 1 – Catching Up and New Faces

The first day of the Expo, sweaty palms and second-guesses about the booth’s layout, I was eagerly anticipating meeting  new people and seeing familiar faces. I manned the table on my own, which proved to be a success. I chatted with the nearby vendors in the area, caught up with folks from previous Expos and met like-minded, quirky/enthusiastic people who dropped by.
Through conversation, I met Matthew Gillies (his debut novel being The Electric Coma Dream), a fellow author of horror novels. Matthew, like myself, is also a graphic designer. Not exactly a regular mashup of trades. With this common background, we exchanged ideas and thoughts about the directions we have taken with our passion for writing. 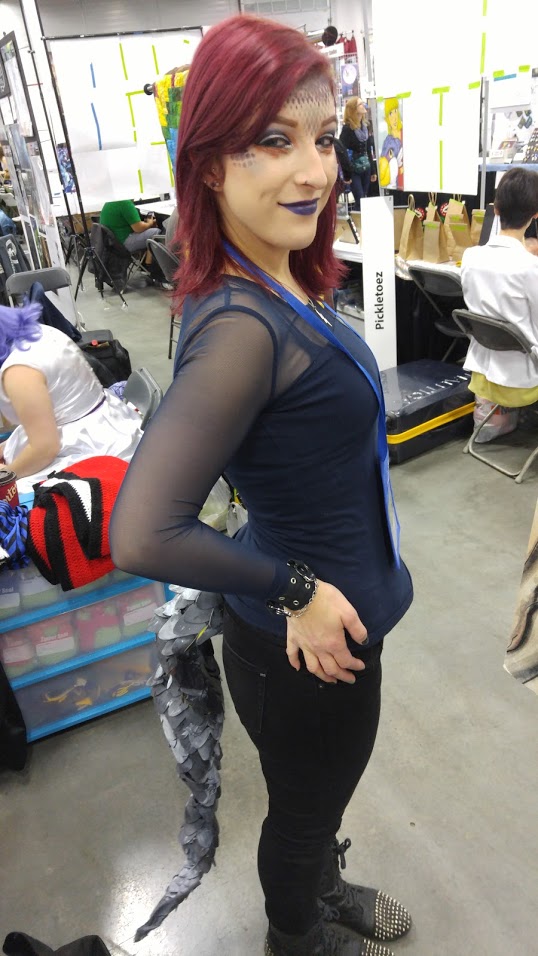 Bright and early, the longest day of the Expo began with rushing out the door to join the SANE Clothing crew to partake in their photo shoot at Blues on Whyte. After laughs, poses and getting charged up on coffee, we all returned to the Expo.
I was thankful to have assistance at the table on the busiest day. After a short discussion, we rearranged the layout of the booth to have the books as the center of attention. No more second- guessing the layout.
The energy in the venue intensified up as the day progressed. The Expo was packed with people of all ages dressed up in their top-notch cosplay. My table helper and I were constantly informing the eager attendees about Mental Damnation and sharing in their experiences.
I reconnected with a fan of the book Dream who shared her artwork of what also happens to be my favourite scene in the series. It was a touching surprise that someone was willing to make artwork influenced from my work and share it with me. A moment of awe and reminded me as to why I enjoy writing – inspiring others to think and do something.
Even with help, the majority of the day was spent at the booth with a few breaks to grab food and say hi to a few other vendors. I took note of fun cosplay like Towelie from “South Park” and a handmade R2-D2 toque/onesie on a baby. The only downtime was the last hour, thanks to the costume contest, which gave us a moment to catch our breaths.

On the final day at the Expo, it was rewarding to see the energy was still high, a constant over the weekend. It also hit me that it would take another year for the Expo to return. This was the first day I was able to get a good look around at the whole exhibit and see the new activities offered at the event. Sunday was slower than the Saturday, but I had an opportunity to say my goodbyes and call it a day.

The Expo was a pan inspiration for me to bring my writing to similar events  in various cities. New events are continuing to pop up all across Canada. Something else that caught my attention was friends that were vendors in previous years were just there as attendees this year. They had decided not to partake in the show and just appreciate the whole event, as opposed to being glued to their booths the whole time. This provided them a fresh perspective on the Expos. As a whole I have only been an attendee once at the Calgary Comic Expo. They it was good to get that perspective from past vendors
Future ideas to ponder on. The Expo once again, was well worth the time. I look forward to what next year will bring. It was astonishing to see the amount of people who I met last year returning to the Mental Damnation booth, asking what I had been doing since we last met. Seeing this has motivated me to get my fingers typing away for the finish the new book and aim to feature it at the 2016 Expo. Keep your eyes open and keep reading the blog for devopments on the new book! 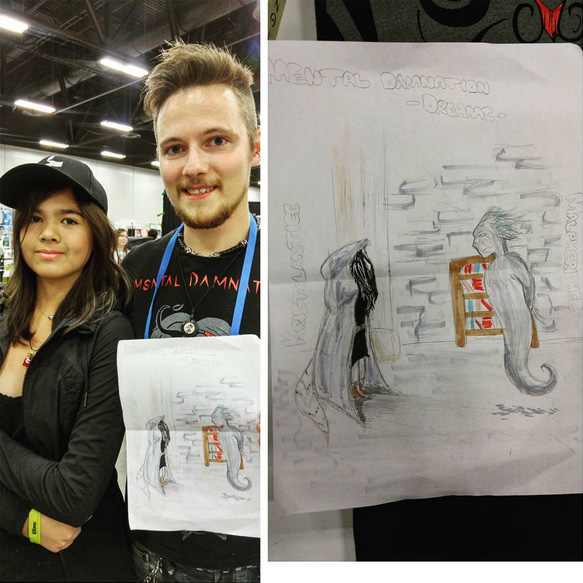