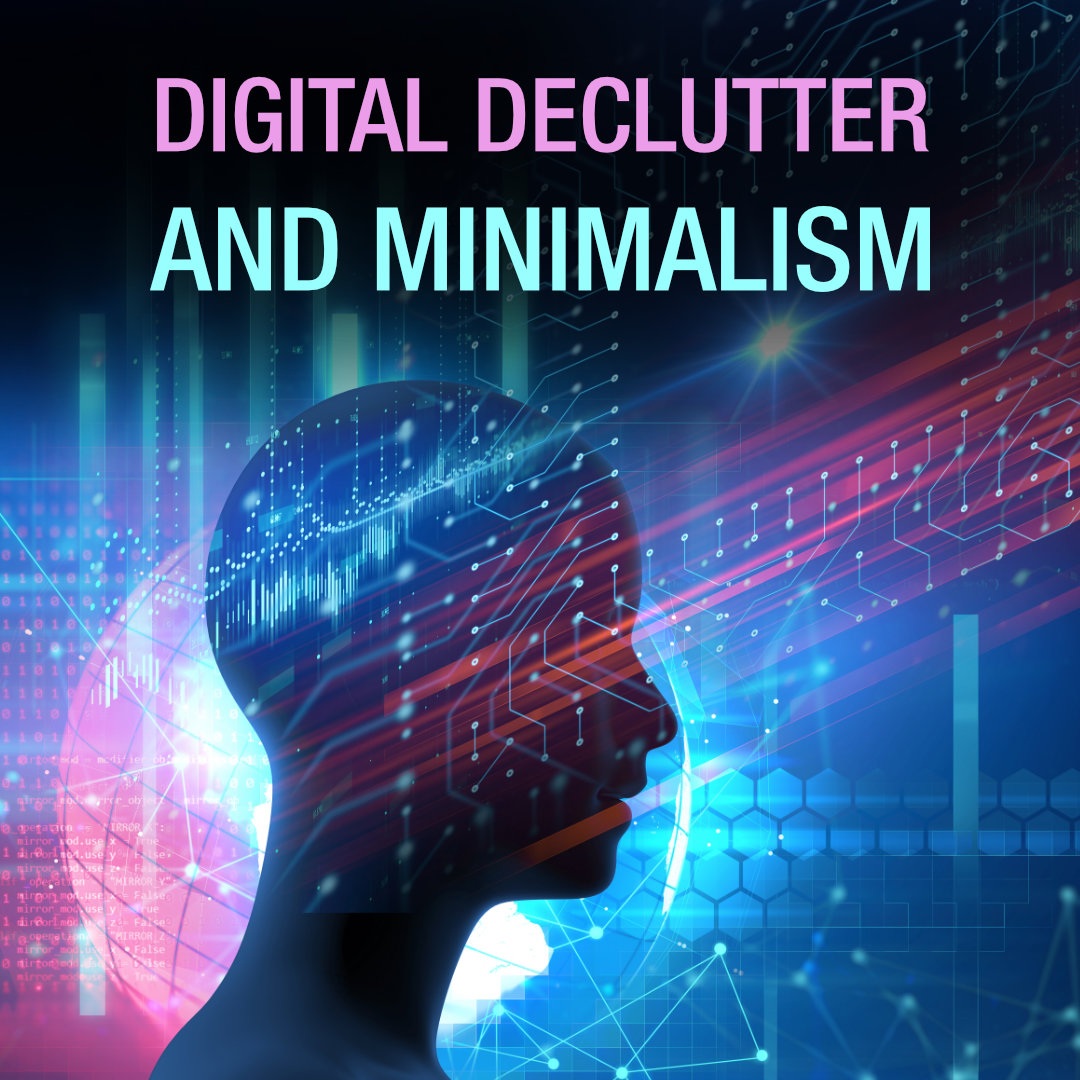 Social media has gotten a bad wrap over the past couple of years. Rightfully so, as we’ve had it for about ten years and have been able to see the real-world consequences of it. The negativity is through increased depression and suicide. There’s even the new term “digital detox.” On larger scales, we’ve seen social media sway entire country elections, and others attempt to use it as a form of warfare.

How crazy is all of that? This blog post isn’t about the massive implications of social media, nor our moral obligations. The insights today are related to the previous posts, Unsubscribing from an Increasingly Subscription-Based World, and Automating Ourselves Out of Humanity.

Over the past year, I’ve gradually leaned off of social media, subscriptions, tech usage, and have installed some tracking blockers both on my phone and laptop. In summary, removing myself from the internet highway. Why? This choice has been brewing for years, from reading and listening to smarter people than me. It’s also closer to a life philosophy I follow, known as minimalism.

The concept of having a lean life has been a part of humanity for hundreds, if not thousands, of years seen through the practices of Taoism or Buddhism. Their life philosophies are a little more intense but are worth checking out. Minimalism is a newer term summarizing people that live with only the things they use and need. Everything else goes away. Joshua Fields Millburn, and Ryan Nicodemus have taken it to a whole new level educating people and sharing their experiences. They have an excellent documentary that can explain everything called The Minimalist.

Some minimalists have gotten rid of everything except for seven pairs of clothes, their laptop, one fork, one plat, and hop into a tiny home. That’s a bit extreme for my own needs in life. I remove the stuff that doesn’t have value.

Minimalism has a powerful effect on the mind, giving it room to breathe by clearing out the clutter of your life. The few items you do have also hold far more value because you take care of them, knowing that’s the fork you use or the jeans you’ll wear a lot.

The nice thing about minimalism is your life simplifies drastically. You’re no longer chasing the latest fashion or tech trend, nor trying to impress families with lovely cutlery sets or fancy home decor. You have less to clean and less to manage in a home, freeing up time. Oh, and you save a lot more money when embracing minimalism. The list can go on about the perks of minimalism, and if you’re unfamiliar with it, I recommend checking it out.

Alright, now that we understand minimalism, the same concept applies to the digital world too. Just because we can’t physically touch these items doesn’t mean they can’t affect your brain, mood, and overall life. As mentioned in the previously related posts, too many subscriptions can chew away at your wallet (not to mention you never own anything). The introduction of all the automation apps takes the value out of anything you do.

Social media follows these same ideas: there’s too much digital in our lives. Now, hold with me, we’re not going to start a commune off the grid or anything. Go for it if you’d like, but there’s truth to cutting back your time digitally. Get ready for some more recommendations!

Books, Films, and People Who Influenced the Digital Declutter

Alright, first we’ll look at some books that can help you learn a bit more about yourself and the effects of spending too much time in the digital world.

One of the first books I read years ago re-ignited my interest in isolation. Being mostly homeschooled in my youth, I didn’t have many friends and was quite comfortable being alone. Solitude is a fascinating book that explores the benefits of getting to know you and trusting yourself. It recommends spending time away from people both in the real world and social media. The book covers concepts I was aware of because my dad introduced me to a ton of spiritual and philosophy books that got to the same thing: removing clutter in the mind. You’ll feel way better for it.

After reading a book on a broader scale, it is a little dated in terms of the tech they mention (remember Myspace?), but the theories still apply. They both talk about the increase in people’s obsession with their image and the decrease in empathy. In short, they lean towards saying the obsession of one’s ego is taking away the human aspect of individuals. I’ve wondered, why wouldn’t you want to be human? We’re only this way once in life.

The Lonely City by Olivia Laing

This book isn’t directly related to the topic, but I wanted to mention it because it talks about isolation. It covers a range of artists over the past century who have spent a lot of time alone. The author also reflects on her own life, living in a big city where she knows no one. She comments on her time on the screen, affecting her emotions.

Who Owns the Future? by Jaron Lanier

Jaron Lanier is gaining a lot of popularity now. He’s appeared on talk shows and in the Netflix documentary The Social Dilemma with his book 10 Reasons to Quit Social Media, which is a bold statement. His previous book, Who Owns the Future? It is denser but covers a broad range of topics about tech and how it is flawed from the foundations of the copy function. It’s a longer book but gives a good insight into where everything came from and where it is going. It asks many fundamental questions about keeping our morality in check and our mental clarity by opting out of social media entirely (which leads into his 10 Reasons… book).

It Came From Something Awful by Dale Beran

Alright, out of the whole list, this book has hit home the hardest. It covers the history of the recent political polarization we’ve seen online, rooting back to some prominent websites such as Something Awful and 4chan. The author’s humorous tone makes it an easy read. Still, the topics are mind-opening because he shows just how toxic social media and online message boards can become, which only boosted my choice to further digital declutter.

I’ve mentioned many books that have influenced me over the years and spring-boarded my decision to cut down on my digital usage drastically. There are some documentaries as well, such as The Minimalist. A couple more are The Great Hack and Terms and Conditions May Apply. Edward Snowden and Renée DiResta are people worth checking out as well. Let’s not forget Sacha Baron Cohen’s dramatic speech about social media as a whole.

What does any of this have to do with Digital Declutter?

Let’s loop back to why I recommended all of these books, film, people, and how it ties into the idea of minimalism. The “ah-hah!” moment hit hard in late 2019, as explained in the Unsubscribing from an Increasingly Subscription-Based World blog post.

Digital decluttering is essential for the same points mentioned about minimalism. Add value to your life. Is social media adding value to your life? How about reading the news or listening to podcasts? A lot of reporters and influencers share their opinions on topics. Some don’t get all the facts right, or they prefer to magnify on specific points that can influence you.

Another point worth mentioning is mental clarity. Are these medias adding to you? Do they make you happy? These are the questions I’ve asked myself, and they’re worth asking youself too. Specifically, social media is designed to be addictive. As Michael Harris mentioned in Solitude, we get caught in a “ludic loop.” You are probably aware of what a ludic loop is because other people have given it names such as “doom scrolling” or “dopamine hit,” and so on. These things are short-term band-aid solutions, fooling you into thinking they’re making you happy. They aren’t. It’s like another hit of a drug, masking itself as happiness.

Where do we go from here?

These are the choices I’ve made about the online world. There is irony in being a designer/web developer and opting out of all of this. A lot of people in the web and app industries are doing the same. This technology is powerful with great benefits, but it can easily be abused and become toxic.

Digital declutter is a decision I’ve made to help make me a better person. I’ve found spending too much time online has not made me happy, nor has it given me a healthy sense of reality. The philosophy does not mean I’m going to chuck it all aside and go off the grid. It’d be great, but I do believe that the internet is a fantastic invention and the people who have built it didn’t have malicious intentions, to begin with. The way it is being used is a grim, unfortunate reflection of the dark sides of ourselves.

I’m pan’d-out (I coined that!), but it’s worth mentioning that tech as done beautiful things to let us all stay connected in 2020. This year has proven to be the weirdest period of mine (and many others) lifetime. Hopefully, it will be the last.

We’re all forced into isolation because of the pandemic, limiting our socializing. We miss our family and friends, and the internet has allowed us to keep in contact with loved ones. You may also highly rely on social media to reach your customers or audience. I know I do. If you can get rid of social media and not remove value from your life, awesome. But a lot of people, unfortunately, have their hands tied.

Check out some of the books, films, and people that I’ve mentioned. Maybe they’ll give some personal insight for you. It doesn’t mean you have to throw your router out the window and torch your computers. Remember the concept of minimalism? Ask yourself, does spending tons of time on social media add value to you? Or are you stuck in a ludic loop?

These are questions I ask myself that has led to the digital declutter. I’ve uninstalled all apps on my phone, leaving me with the bare basics of a smartphone. My email and social media live on the computer only. My friends call me or video chat to keep in touch if we can’t meet in person. If I have ten minutes to spare, instead of checking my social feed (which has a colossal polarization of emotions), I pet my cat, read a book, or . . . the wildest concept of all . . . I do nothing. Clear the head, let the mind wander, and see what it does. It can be surprising.