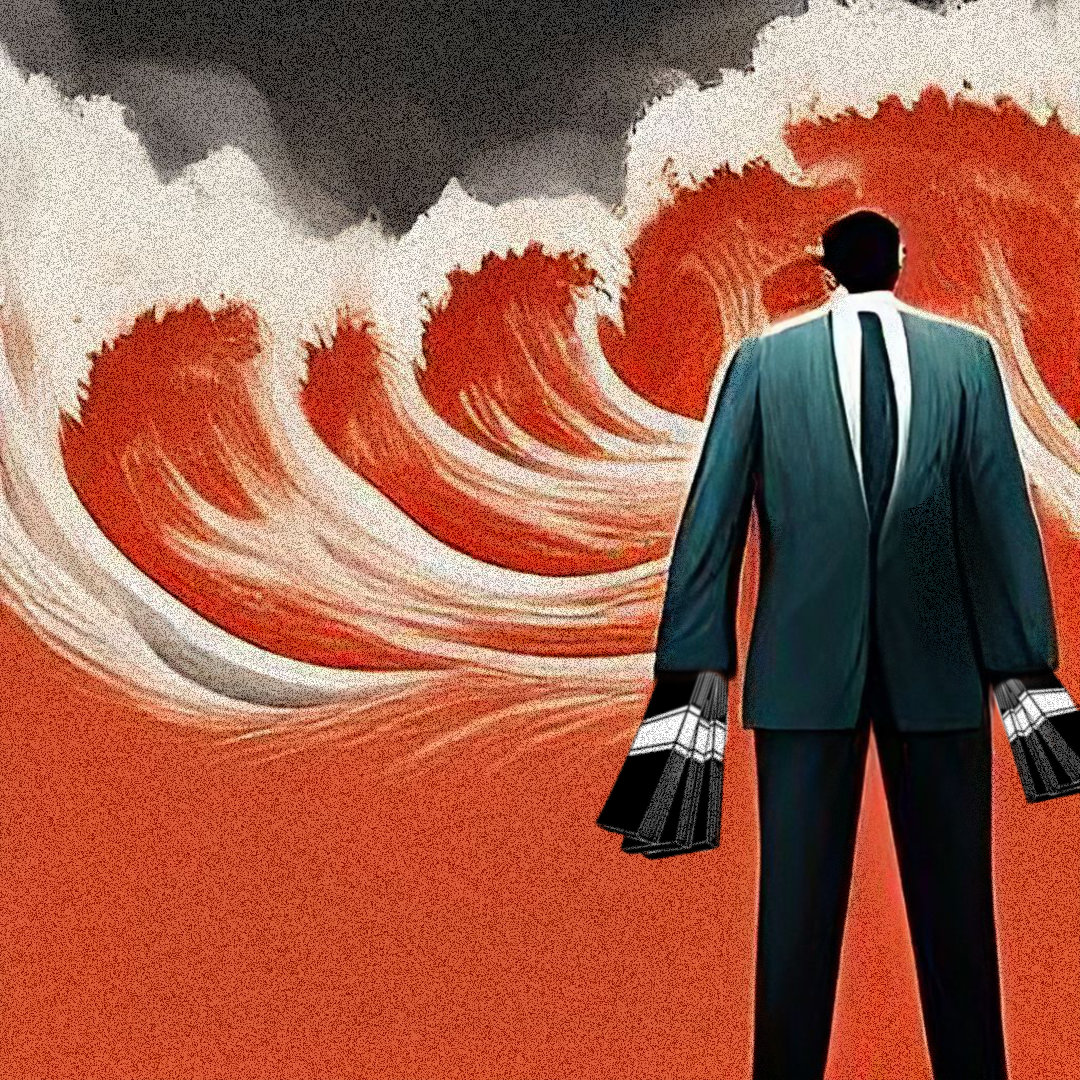 Attack of the Static Flood

November is one helluva busy month. We have NaNoWriMo, Movember, Black Friday, Cyber Monday, American Thanksgiving, and Canadian Remembrance Day. Before that, there is Inktober, Halloween, and Canadian Thanksgiving. A month before is September’s back-to-school rush and the end of the summer holidays. I’m sure I’m missing a ton of special days and events. Then . . . there’s the looming December where Mariah Carey haunts the halls of retail stores, ravaging the ears of poor workers.

Christmas follows, then Boxing Day, and finally New Year’s, where people make false promises to themselves. In between all the special days, marketing campaigns are rampant in every industry. Advertising buzzes wide on all broadcasting mediums. Accountants wish to square off their budgeting books for the end of their fiscal year and dump money into massive projects. Small, medium, and large corporations try to sell you on their things.

In between the chaos is the individual. People are bombarded with a great white noise. It washes over their lively senses, seeping into their well-being and sapping all energy from their soul. The physical senses are numbed from the continual bombardment.

This is the seasonal attack of the static flood.

Dramaticism is such fun. The fall, leading up to the winter, is busy for all walks of life. It’s the ramp-up to the year when the big boys come out and play, stomping the entire market. This is both a positive and negative thing, depending on where your life is.

For me, it is a wonderful time for my graphic design and web development business. Everyone spontaneously grows money off trees and has projects for me to work on. I get to eat dinner!

On the flip side, as a writer, I’m a tiny, microscopic organism in the vast sea of the book industry. At the end of the year, it is nearly impossible to gain new readers. The static flood is relentless, washing away the attention span of many and bringing in new types of predators with big budgets that consume all media. The fangs and deep pocketbooks are too powerful for those with limited resources.

The attack of the static flood is nothing new. It happened every year, far before the rise of the Internet. This is Western culture. Many of us are a drop in the ocean. It’s up to us to decide how we wish to evolve. Or don’t, and let the tides of others dictate your life.

I noticed the static flood way back when I worked retail at . . . get ready . . . Walmart. It was also prominent when I first started pursuing writing professionally in 2012. The convention seasons were usually spring and summer, trickling off in the fall. After that, the flood washed everyone’s attention spans away.

Specifically, in entertainment, blockbuster movies and big-time novels do make their spotlight known in the second half of the year. I’ll admit, sometimes those things catch my eye too. There’s great work out there.

For years, I trimmed down marketing books in October, November, and December. The return on investment basically plummets to one-fourth or lower. These months I focus on writing, tidying up the Macrocosm, and planning for the following year.

Beyond the Horizon of the Static Flood

Thankfully, all things pass with time. The continual re-occurring static flood always washes away. There is a horizon beyond the noise, and the sun will shine again. That’s because spring is coming due to the Earth’s orbit moving closer to the sun. Literalness aside, the time and energy aren’t worth pushing through the holiday season.

Yes, this contradicts what marketing experts and gurus will tell you. Perhaps you will succeed more, and this ramble is bogus to you. For me, the energy is far better spent prepping the next book and having a polished release for the following year’s spring. My dollar goes a lot further when buying media space as well.

November is a wonderful time for writers to celebrate. All levels of writers get together and share their updates about what they are working on. NaNoWriMo has always been a wonderful time for me and I am glad to participate this year. I hit the 50,000 words in 12 days, which I believe is a new record – woo hoo! Whatever you do, keep writing.

Beyond that, you don’t have to write only in November. Writing is a healthy habit that most of us do daily through emails and texts without much thought. Writing something for you is not a big jump. You’d be amazed at what it can do for your psyche, especially during the attack of the static flood. Nurture your soul.

Once again, I fail to take photos. There are so many breweries in Vancouver. They have tasty ones too. I’ve decided to highlight Steamworks Brewing Company, specifically their Pilsner. Steamworks Brewing is a well-recognized brand in the city; you can practically find them on tap anywhere.

I’ve highlighted the Pilsner because it is on tap at my local pub, where I tend to do writing weekly. Light, crisp, and delicious. It’s precisely what you’d be looking for in a Pilsner.