When I decided to participate in 2014’s National Novel Writing Month (NaNoWriMo), it was the prime opportunity for me to try writing a brand new novel and a new writing style. NaNoWriMo forces writers to crank out 50,000 words in 30 days. Having to dedicate myself to writing at least 1667 words a day, I frantically typed out the first draft of my new novel, Seed Me, now in the editing phase.

After reading the first draft the month after, all I could do was shake my head.

The combination of fast typing and a tight deadline caused me to produce my worst work to date. Bravo! I gave myself a sarcastic pat on the back. Not to fear though. Now that I had a full manuscript completed, I had the ability to backtrack, cut, revise and add to the story. 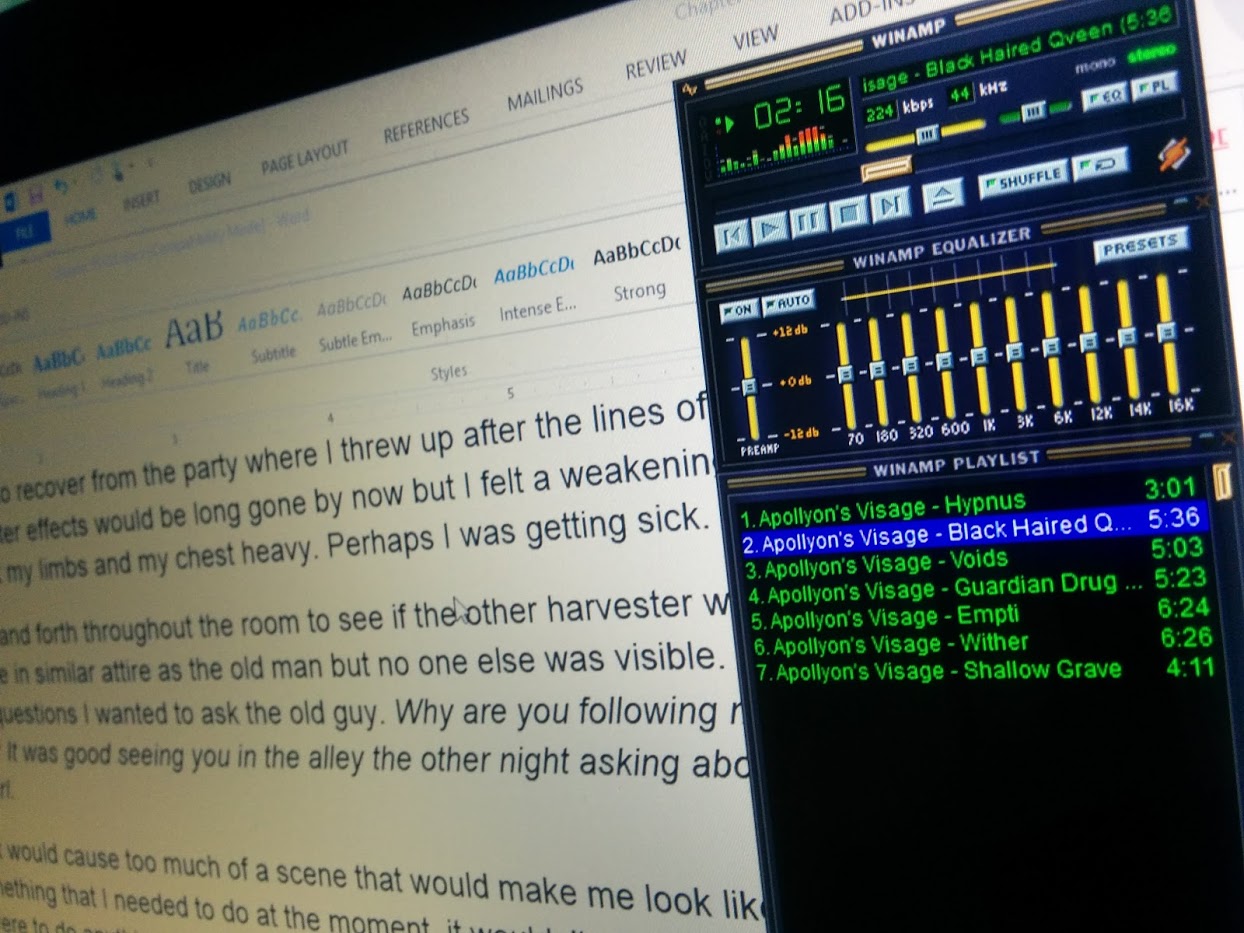 From December of 2014 to August of this year, I spent a lot of time cleaning up weak plot points, adding depth to one-dimensional characters and fixing grammatical/syntax errors. Inevitably, it led to deleting the second half of the story, replacing it with a new story arc and adding entirely new backstory about the antagonists.
During the past year, I researched how I could improve on the mess of a story that I created. My investigation led to learning the pros and cons of writing past tense, fact checking about Alberta to build a back story ( by visiting the Edmonton Archives) and avoiding horror clichés. I found a few great articles that helped me with my process.

Darwin, E. (2014, February 17). Past and Present Tense: Which, Why, When and How [Blog post] Retrieved from www.emmadarwin.typepad.com

“Past Tense: Creating suspense is much easier, because we know there is a future to this story (because it’s being told from there), so the future is a mystery, not a blank, as in present tense. The narrator can even tell bits of it, or hint”, Emma Darwin advises.

“Splitting Up: Everybody knows that the monster is around somewhere, but someone says, “We’re off to explore that dark place. You go the other way and we’ll meet up later.’ “

Horror is littered with clichés and it is quite tough to avoid them when writing initial drafts. Try not to get caught up worrying about them.

Writers tend to write about what they know and I’ve watched plenty of horror movies. That’s why I reproduced these clichés in the first draft. But, as I brought up in the last post, “Write poorly and edit beautifully.” And that’s what I did.
The plot for Seed Me takes place in Alberta and features several plants as the antagonists, something that, I’ve found, is not exactly easy to do in horror. How frightening can plants be? Sure, you can make them supernatural, but then you start to lose the believability of the scenario and the fright is lost. As with my fantasy horror series, I turned to movies for inspiration. Cinema was, and is, the primary inspiration for my writing. I wanted to recreate the awe that movies give me into the stories I wrote.
Reading the article 5 Best Killer Plant Movies [2011, August 29], and watching these movies gave me some insight as to how murderous plants were tackled by other directors. It opened a door that I did not consider before – adding humour to the story. Horror isn’t always dark, serious and gloomy. Horror is meant for entertainment and sometimes, that includes some laughs.

Seed Me is well on its way to being completed.
A handful of beta readers have already previewed the pre-edited manuscript.

My editor and I are currently revising the plot and pushing it to be top notch. This story is still quite new and fresh to me. Right now, I have the difficult task of forming a quick summary without giving too much of the plot away. But for the time being, the plot will remain in a shroud of mystery for you interested parties.

Read Breaking Into Writing Horror: Part 1 – Where to Begin?