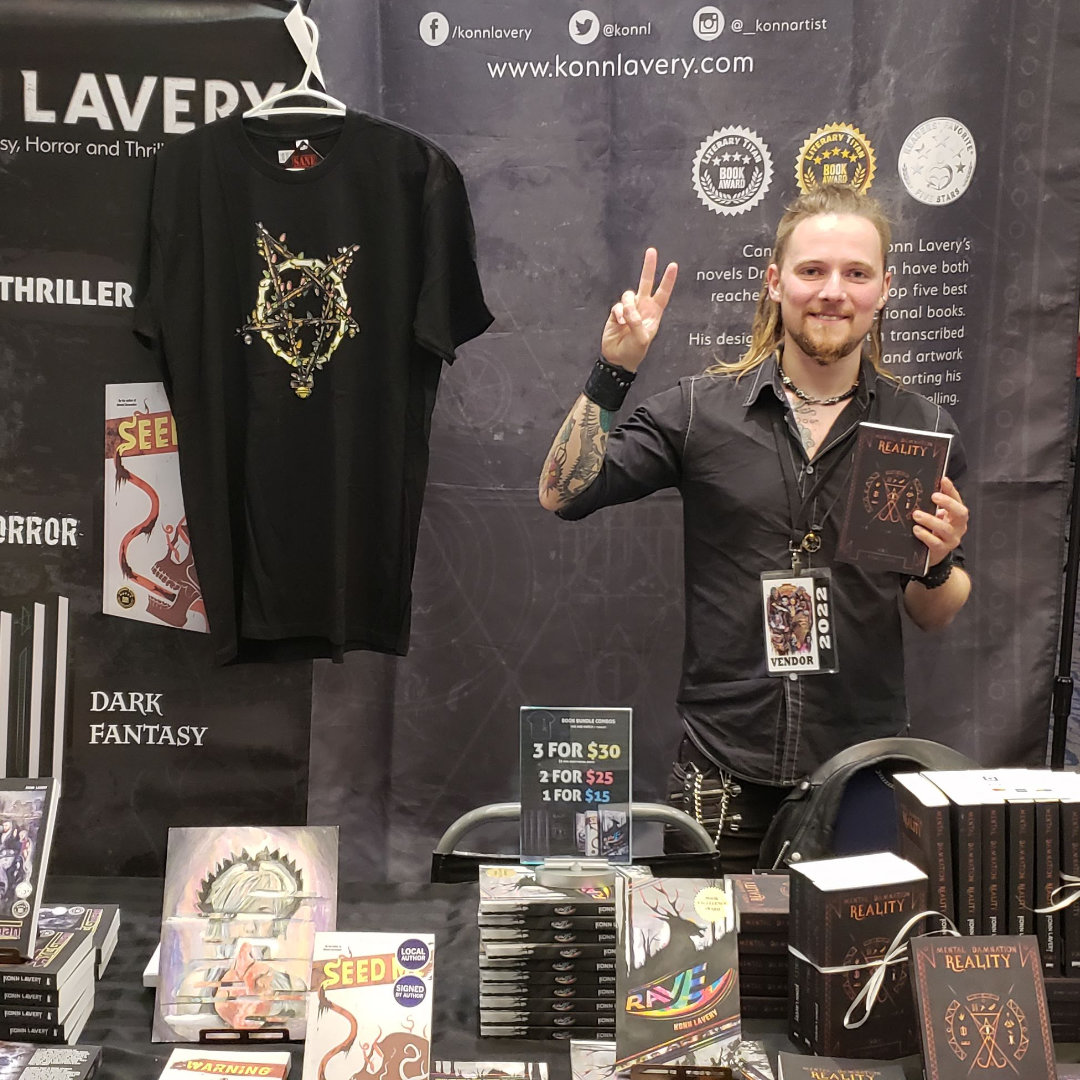 I thought June was the shortest month of the year. It turns out I’m wrong, and it’s just like any other regular month, duh. Time distortion is real; despite February being the shortest, it feels a lot longer than June. Likely it’s because more is going on in the spring and summer, especially since we’re going back to old ways as the pandemic goes full force into an endemic.

Welcome to Another Edition of Unprocessed Thoughts.

June creeps up to the release of Beyond the Macrocosm on July first. It is a soft launch like Into the Macrocosm. In the theme of going back to old world ways, this Unprocessed Thoughts is simply focused on what happened this month and not insights – yay narcissism! There was a convention I was at, lots of design work, personal milestones, and writing promoting which kept me busy. Let’s dive into it.

We will keep it nice and short because no one likes to hear someone talk about themselves all the time. So, to give you an understanding of what has occurred, here’s a quick rundown of everything:

That’s right, I went to my very first convention since 2019. We are back to the old, with this minor blip into the past. The weekend was full of highway driving, setting up the booth, enjoying an evening of comedy, and then going full force into convention mode.

I must say, I was rusty at the beginning after two and a half years. Setting up took longer but not entirely out of memory, and the initial sales pitch and cash transaction were sloppy on my end. Who knew that those little Square readers needed software updates? I didn’t; thankfully, I sorted it out, and old habits returned shining.

The convention’s enthusiasm was magnetic and uplifting. Everyone missed the experience. Vendors, guests, and attendees were excited to see everyone there. I couldn’t have asked for a better place to partake in after being away for so long. Of course, I’m a fan of the horror genre and catching up with old friends and meeting new faces is always a good time.

I was amazed at the number of people who came to find my booth after purchasing books in previous years from 2016 to 2019. All the isolation time allowed people to read books, and they came back hungry for what was new. The thirsty readers resulted in selling out of all of my new books along with final prints of old editions.

The positivity of the convention is heartening, and despite being completely exhausted, I feel refuelled. I am out of shape from this routine and have no idea how I did it before. Pre-covid, it was just about a convention every second month. The driving, fast-paced time scheduling, setting up, running the booth, tearing down, heading home, and picking up contract work on Monday is unfathomable to me. Truthfully, I have no idea how I did it. Somehow I did, and that portion of me stays in the old.

The Calgary Horror Con was a great opportunity for me to move a lot of old book stock from 2019. The boxes sat in the closet over the pandemic and desperately needed readers. There’s a hidden personal agenda about why the books were so cheap at the convention. I needed to lighten the load for a significant life change at the end of August.

Ta-dah! The cat is out of the bag. I’m heading out of Alberta at the end of summer. Everyone at the horror convention heard about it, and everyone I know is aware of the big move out West. I’ve hinted at it previously in other Unprocessed Thoughts, and now everything is in full force. Somehow through the ever-increasing growth of my design business, releasing a new book, writing a new one, and everything else that life has to throw at you, we’re moving provinces.

The following two months here are a crunch in preparation. We’ve been purging, donating, cleaning, and organizing. Thankfully the move is intentional and not last-minute, so I can plan and work around massive design projects and book releases.

Whether we like it or not, it is an endemic, and we must learn to live with where the world is going. I was nervous during the Calgary Horror Con but made it to the other side. Even though everything has been new and changing since the fateful 2020, some things have gone back to old. The convention spirit is alive and well, and I’m pleased to have partaken in such an event.

Who knows where things will go with the migration West, but I hope to do more conventions in the future. Immediately my writing goals are staying in the new – meaning e-books and online are the main focus which will give me more time to write and reach a broader geographical reader base.

I can’t say for sure when my next convention will be, but it will come eventually. Until then, I’ll catch you all online.

I had the local brewery Alley Kat’s Zephyr for this month’s Unprocessed Thoughts. The Rosemary, as seen on the can, is a great addition. It fills the beer with some interesting after tones that are admired over a summer evening. Unfortunately, the convention kicked my ass, and I only had one beer and called it a night. I’ll save more drinks for another time.