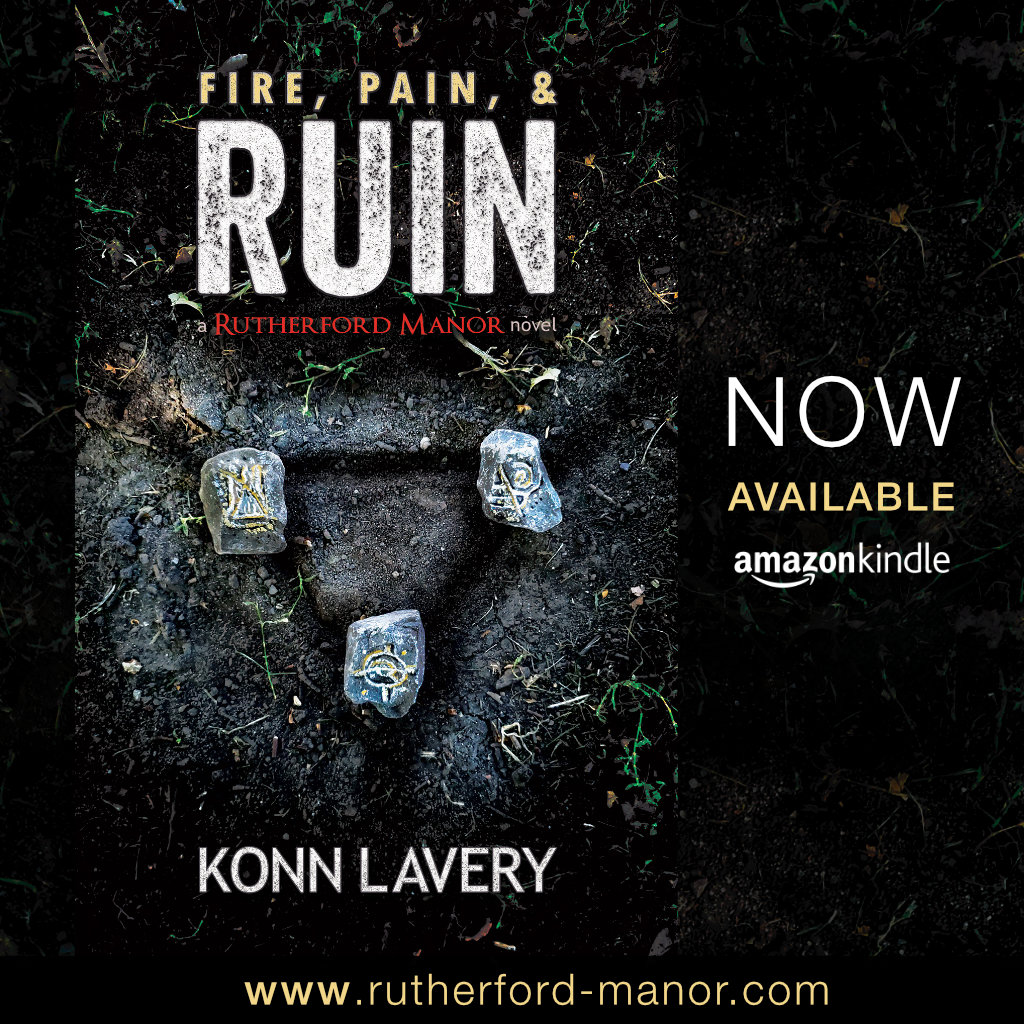 I am pleased to announce that Fire, Pain, & Ruin: A Rutherford Manor Novel has launched in ebook! Currently it is available on Amazon Kindle. The preorders taken through the Rutherford Manor website will be processed once printing shipments can be made through the US boarders and into Canada. Thank you for your understanding due to the virus lock down.

Thank you all for the support. I hope you enjoy this new expansion into the Rutherford Manor universe. We dive into the world of black magic, family drama, the vile, and the unforgivable.

If you haven’t ordered the book, be sure to do so to discover the new and disturbing drama that occurs to the Savidges and Fleshers!

Lisa and Louise try to make sense of the abnormalities of their home – Uncle Nox’s secret laboratory, Uncle Billy’s large body-shaped bags, their mother’s headaches, and their father’s late work nights. They face adulthood traumas, trying to find their own feet against their violent heritage. Lisa struggles with the hardships of first love. Louise faces a tipping point due to the involvement of a new family in the town of Rowley, the Connors. Mr. Connors is the first to treat Louise with a kindship that she is unfamiliar with from men.