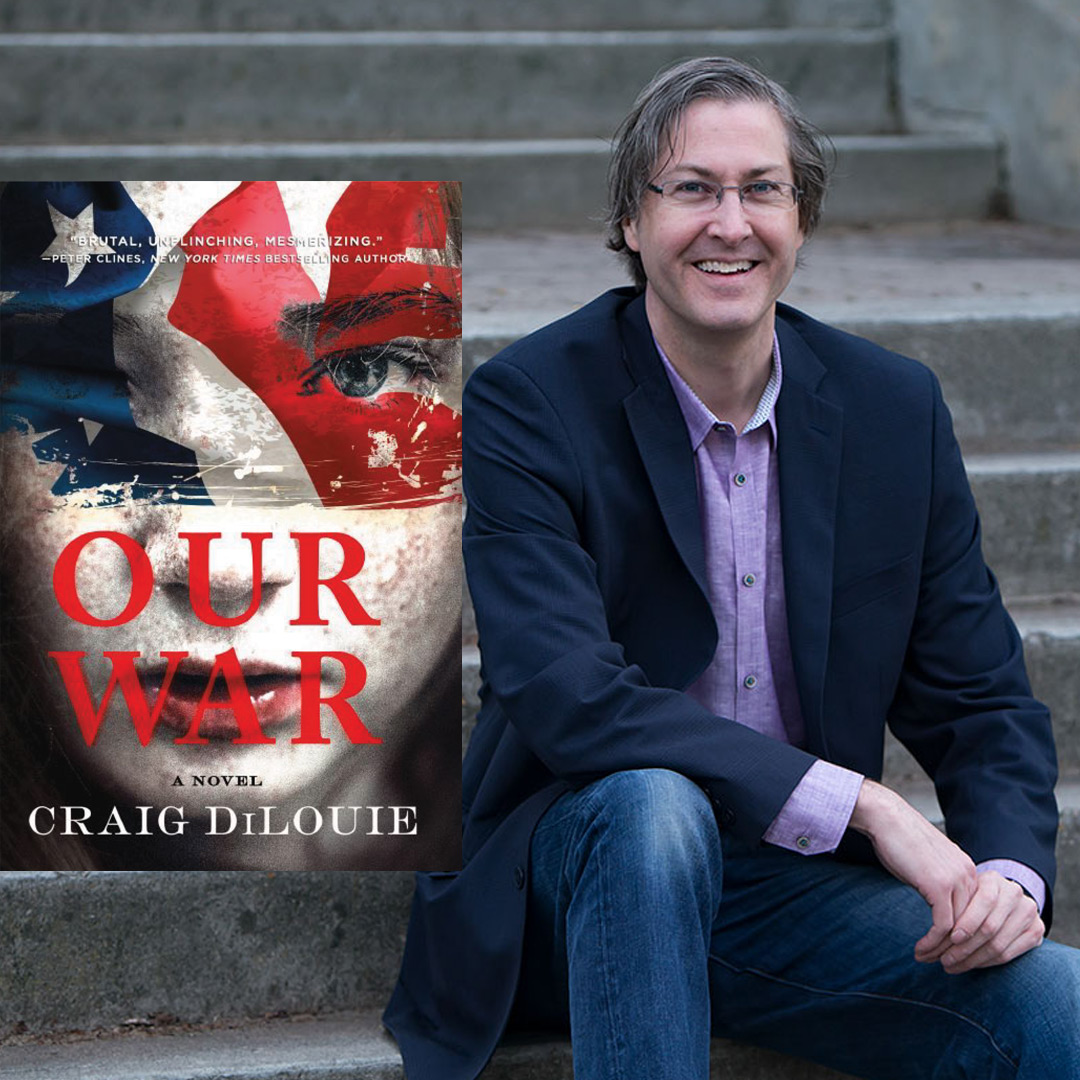 This month we welcome back author Craig DiLouie who joined us at the beginning of 2019. He has written in a range of genres such as thrillers, apocalyptic horror, sci-fi and fantasy. His new novel showcases a tribalization of America and a distressing example of what might happen if its cultural cold war ever ramps up. Let’s welcome Craig DiLouie back to the blog!

Welcome back Craig Dilouie and congratulations on the release of Our War! Can you give us a brief introduction to yourself for those who don’t know you?

Thanks for having me back!

I’m an author of speculative fiction including sci-fi, fantasy, and horror. My books have been published by big houses like Simon & Schuster (Gallery imprint) and Hachette (Orbit) as well as small presses (Permuted, Salvo) and self-published.

Last interview you were releasing your dark fantasy novel, One of Us, now you have a dystopian thriller, Our War. Tell us about the new novel.

Published by Orbit, Our War offers a brutal, unflinching, realistic look at what a second American civil war might really look like.

The story of this war is told through a brother and sister forced to fight as child soldiers on opposite sides in a besieged Indianapolis. Their lives also touch a UNICEF worker who wants to end the use of child soldiers, a journalist who wants to expose it, and a militia commander who begins to see the humanity among those he hates. We experience the war through their eyes.

What drove you to want to tell the story of Our War?

The novel started with Donald Trump’s polarizing rhetoric and America’s increasing political violence. My question was, what if he was impeached and convicted but refused to leave office, triggering a national armed protest among the Right?

Novels speculating about a second civil war tend to imagine it as a North/South or Blue/Red interstate conflict. I believe a civil war in today’s America would look far more like Bosnia in the 1990s than the U.S. in the 1860s. If you look at voting records on a county rather than a state level, you see islands of blue, which are the metropolitan areas, in oceans of red, which are the rural areas. In a second civil war, this is how the battle lines might be drawn, rural versus urban. The military would likely remain largely on the sidelines, protecting vital infrastructure and other safe zones, and demanding a political solution while police and civilian militias did most of the fighting.

The war’s first major casualty, therefore, would be American exceptionalism. The horrible things we’re used to seeing in broken countries like Syria could easily happen here under the right circumstances—disruption, refugees, surviving on UN aid, atrocities, and even child soldiers supplementing militias. And very quickly too. In such a war, everybody would fight, and nobody would win.

Out of all the works you have done, what makes Our War stand out?

Readers who like my fiction tend to praise it for characters they care about facing extreme struggle in a world that feels gritty and real. Our War is no exception.

What makes it really stand out is ideological neutrality and originality of approach. Second civil war novels tend to favor one side and demonize the other, offering a wish fulfillment story for readers of a certain ideological stripe. Which is fine, but hardly realistic.

Our War takes an even-handed approach, allowing the characters to advocate for their political views, but without me as the author openly injecting or favoring my own. This is one of the reasons I chose child soldiers as two of the protagonists; all the politics mean nothing to them, at least at first. When they do become radicalized, it is around very simple narratives, not difference in policies.

The second thing that makes Our War stand out is in its approach, as I pointed in my answer to your previous question.

What do you hope readers will get out of the novel?

Our War is a dystopian world in which the insane has become normalized. As with all good dystopian fiction from 1984 to The Handmaid’s Tale, it provides a warning. In this case, the warning is America’s tribalization around different narratives and realities could break the country. Without a single, unifying idea of what America is, it is just another multiethnic empire capable of fracturing.

What’s next on your writing agenda now that Our War and One of Us are complete?

I am currently under contract with Orbit to produce a novel with horror elements. Tentatively titled Mysterion, the novel is about a group of people who grew up in an apocalyptic cult and survived its horrific last days, who must now reunite to confront their past and the entity that appeared on the final night. If you liked IT and Netflix’s The Haunting of Hill House, you’ll love this.

Let’s thank Craig DiLouie for joining us to talk about his new novel Our War!

Thanks again for having me back!