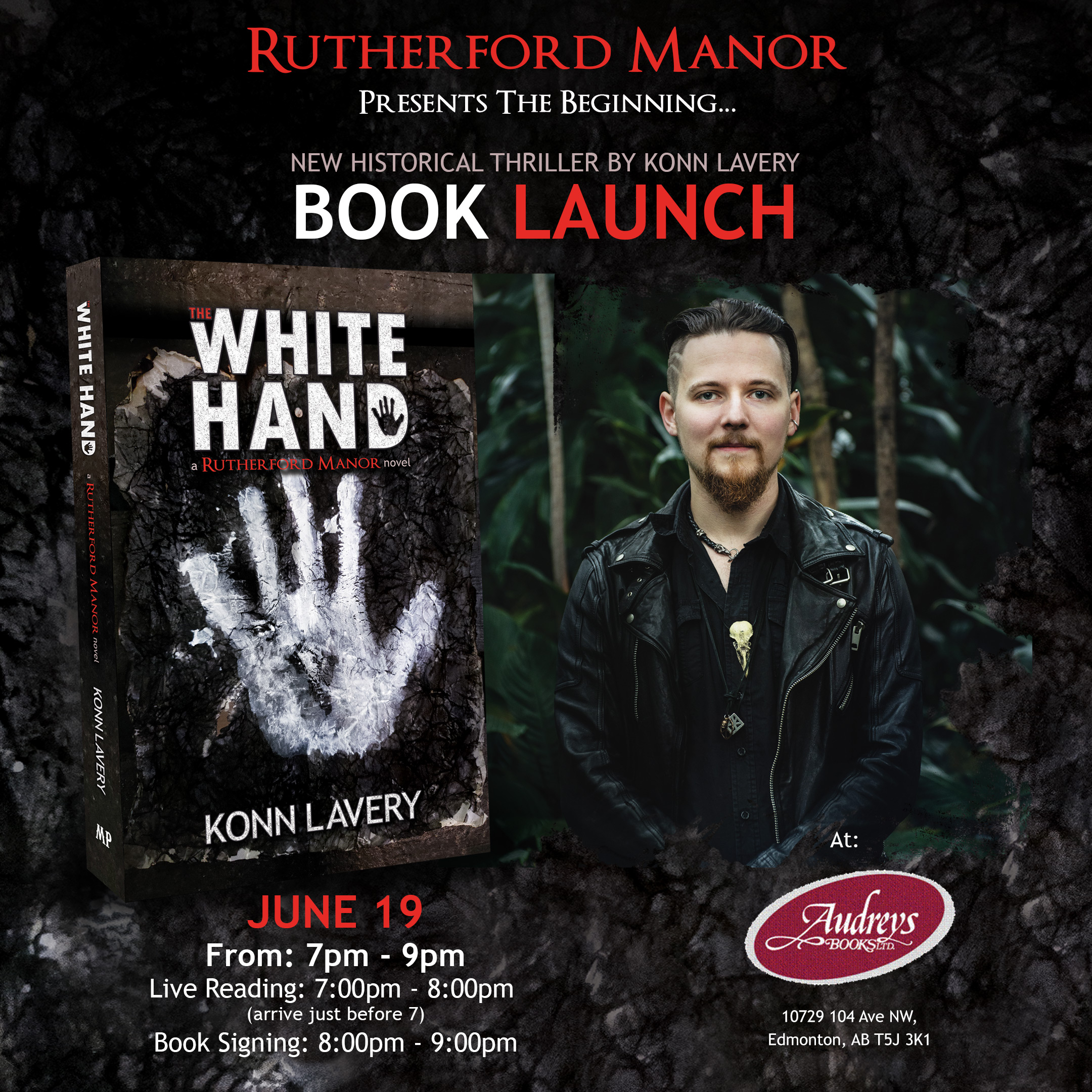 Based on the award-winning Canadian haunt and forthcoming television series, The White Hand brings you into a historical thriller of mobsters, forbidden love, old souls, and betrayal.

The White Hand dives into the dark world of resurrectionists during 1890 in Illinois. Headmaster Alastor Flesher and his business partner, Spalding Savidge, find themselves desperate to provide for their families. They willingly partner with the Irish mob – The White Hand – to sell corpses to anatomists. The deal twists while secrets are kept between the families. Spalding develops uncertain emotions for Irene, the daughter of The White Hand’s boss. With a dash of foul play and new allies, Spalding is forced to become the voice of reason within Rutherford Manor while he loses his sense of judgement.

Join the Fleshers and the Savidges as they plummet into an era-altering series of events that will change Rutherford Manor forever.