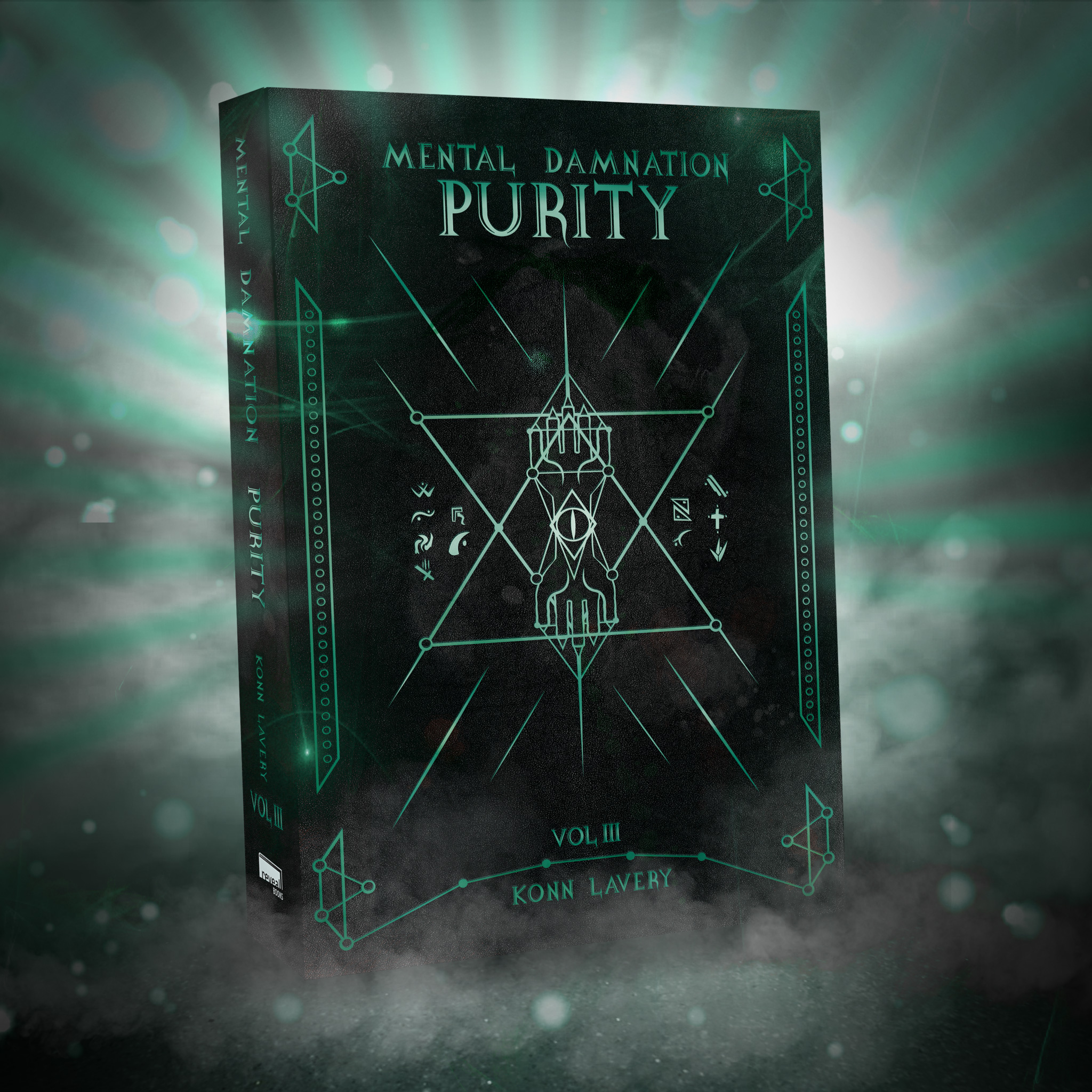 Following the re-release of Dream: Part 2 of Mental Damnation in 2017 fall, Fusion is also being re-released. Originally the third Mental Damnation novel was hinted on June 26th through social media. Now the second edition’s manuscript is complete, renamed, and being prepared for release.

Purity: Part Three of Mental Damnation will be out Fall 2018.

Reality’s second edition had a massive overhaul from the first edition with lore adjustments, deleted chapters and characters and re-written chapters. The feedback from readers who read both editions was insightful and encouraging. Dream went through a large change as well to help improve the story. The third Mental Damnation novel, Fusion, pushes the dark fantasy series forward.
The majority of the original 73,000 words within Fusion are left as is. Another 53,000 has been added to elaborate on scenes, characters and subplots within the series. This totals to approximately 126,000 words for the new edition.

Eight new chapters have been added.

Fusion had ended on a cliffhanger. Originally there were eight additional chapters that were cut out of the first edition. These chapters were being saved for the fourth book. With the overhaul of the series, the eight chapters fit seamlessly into Purity. The new chapters are the primary reason for the renaming of book three.

Some of the new additions within the novel are:

The new art follows the occult theme from the new Reality with glowing line work pressed into a dark leather cover. 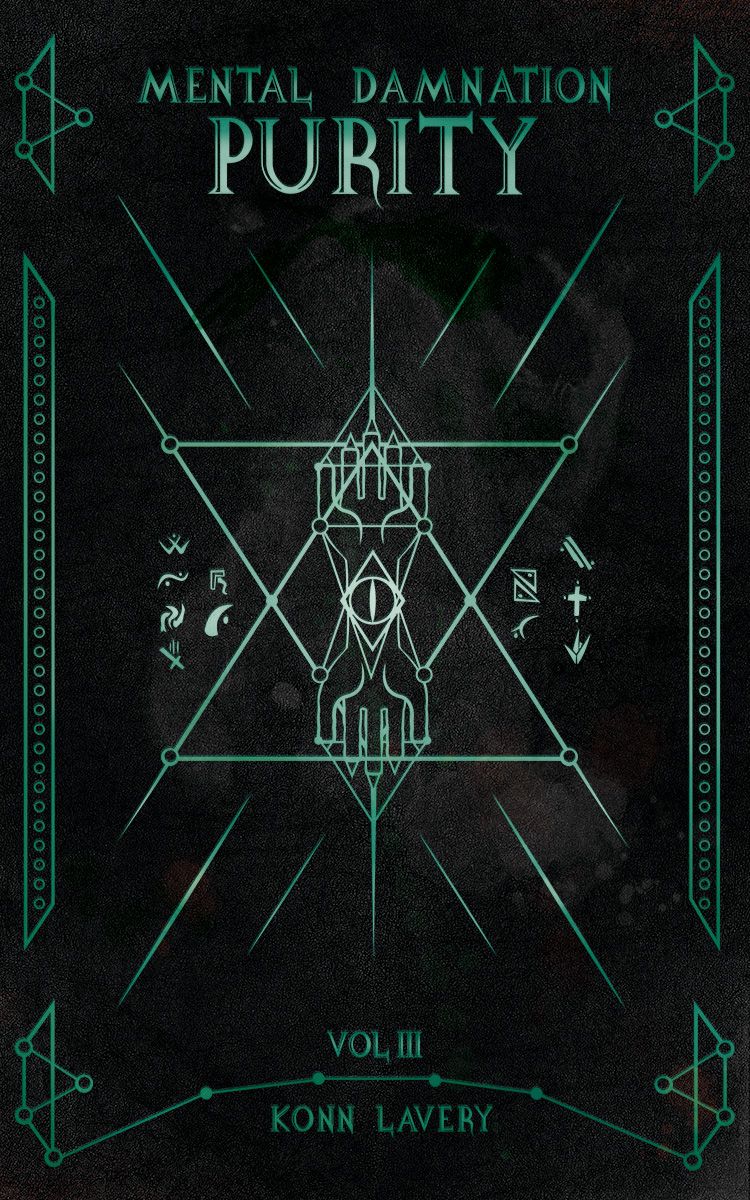 The simple line art represents the concept of the novel a little more than the brain-pentagram seen in the first edition.

Just under a week has passed since Krista has been diagnosed with the nightmare-enhancing brain disease Mental Damnation; the symptoms are more self-evident than ever to Dr. Alsroc who continues to pursue a cure.
Krista is now burdened with protecting her friend Marilyn’s dark secret and Paladin’s pressing offer. He promises her safekeeping at the price of exposing her people’s history to him – what will he use that knowledge for?
In the underworld, Darkwing’s quest to find Krista grows more complex. His morals are challenged, threatening any hope of seeing her again.
Malpherities, Krista’s ghostly companion, urges her to keep her mind focused on Dreadweave Pass and ignore her issues at the High Barracks of Zingalg. The two are forced to partner with an immoral paladin who has a personal interest in helping Krista escape from hell. Meanwhile the corrupt god, the Weaver, strains his army to find the young girl. They send a fallen angel who is determined to bring her to the Weaver so he can use her blood in his necromantic ritual that will set him free!

Purity: Part Three of Mental Damnation will be out September 21st at the Edmonton Comic Expo.
Spread the damnation!