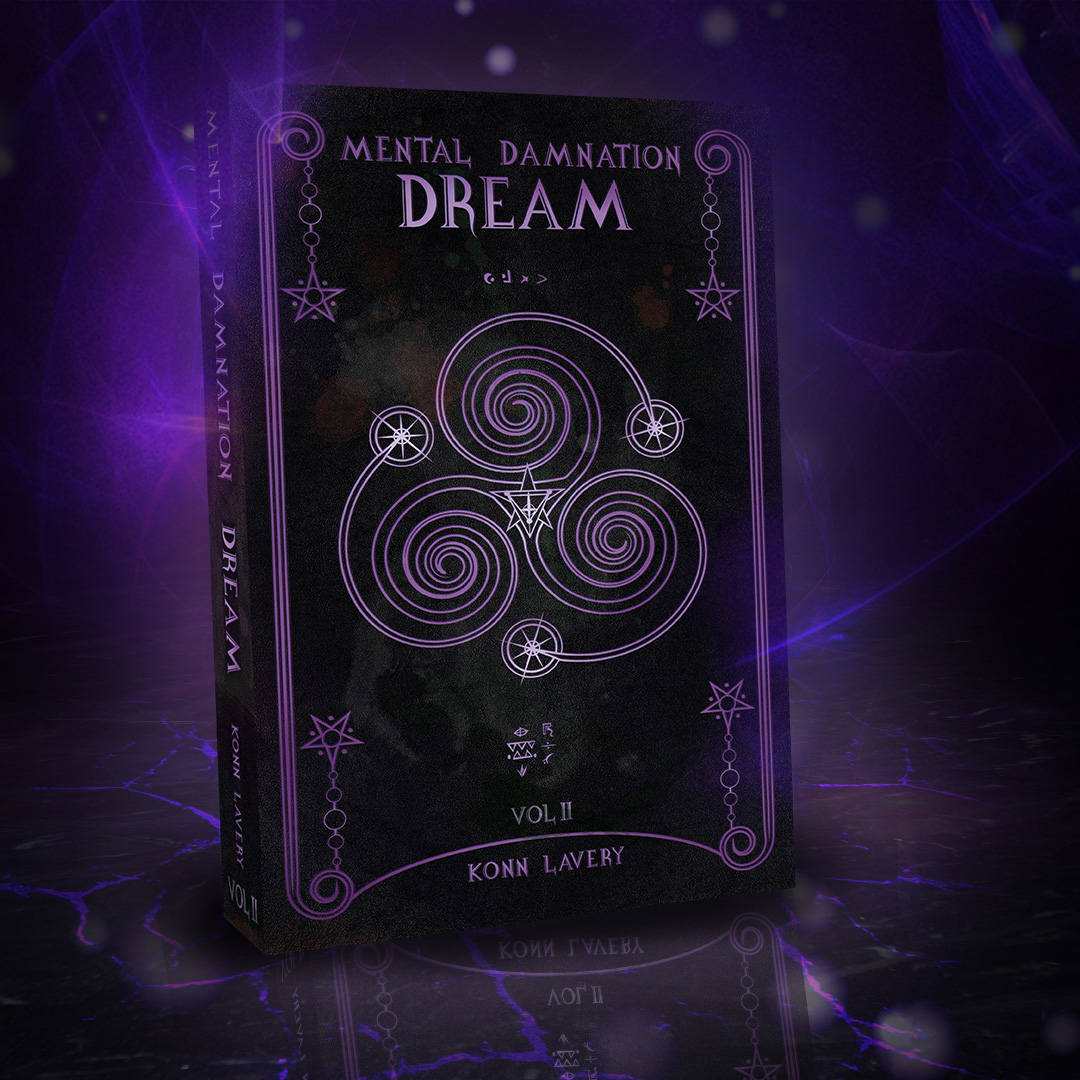 Dream: Part Two of Mental Damnation will be out Fall 2017.

Reality’s second edition had a massive overhaul from the first edition with lore adjustments, deleted chapters and characters and re-written chapters. The feedback from readers who read both editions was insightful and encouraging.
Moving forward, the majority of the original 58,000 words within Dream are left as is. Another 40,000 has been added to elaborate on scenes, characters and subplots within the series. This totals to approximately 100,000 words for the new edition.

Some of the new additions within the novel are:

If you’ve followed the original edition of the series, Reality was branded as a prequel and Dream was branded as book one. Dream can still be read in this manner if you haven’t read through Reality, however you would be missing out on some juicy fantasy lore in Reality!

The new art follows the occult theme from the new Reality with glowing line work pressed into a dark leather cover. 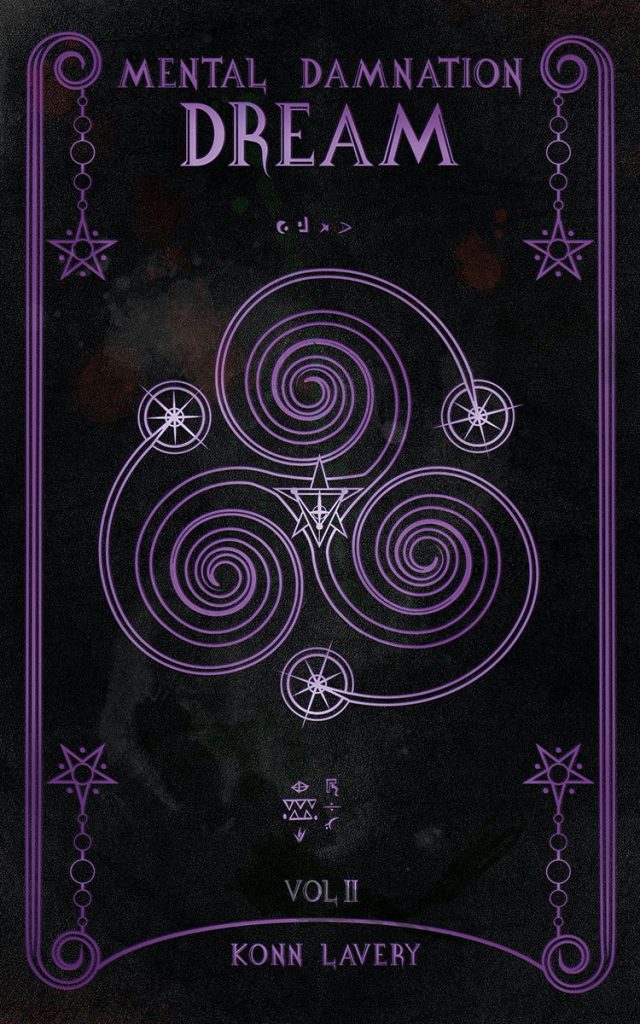 The simple line art represents the concept of the novel a little more than the brain-pentagram seen in the first edition.

Thought to be banished to the underworld by the humans, Krista mysteriously finds herself as the first of her kind to walk on the surface in centuries. This was caused by one of the underworld’s corrupt leaders, Danil, who uses her in an unholy ritual to set their people free. Danil’s infectious touch gives Krista the nightmarish disease known as Mental Damnation.
She becomes the key interest of two men, Paladin and Dr. Alsroc, who struggle to make sense of her sudden appearance and how it relates to Mental Damnation. Her friend back in the underworld, Darkwing, abandons his gang to begin his search for her.
Krista finds herself torn between two worlds, gaining acceptance among the humans while experiencing inner turmoil from hallucinations caused by her disease. These visions paint a hellish dream world known as Dreadweave Pass where the realm’s ruler, a corrupt god known as the Weaver, is on the hunt for her. Krista’s blood is believed to be a key component for the Weaver’s retribution against the Heavenly Kingdoms that once banished him!

Dream: Part Two of Mental Damnation will be out September 13th at Happy Harbor Comics.
Spread the damnation!