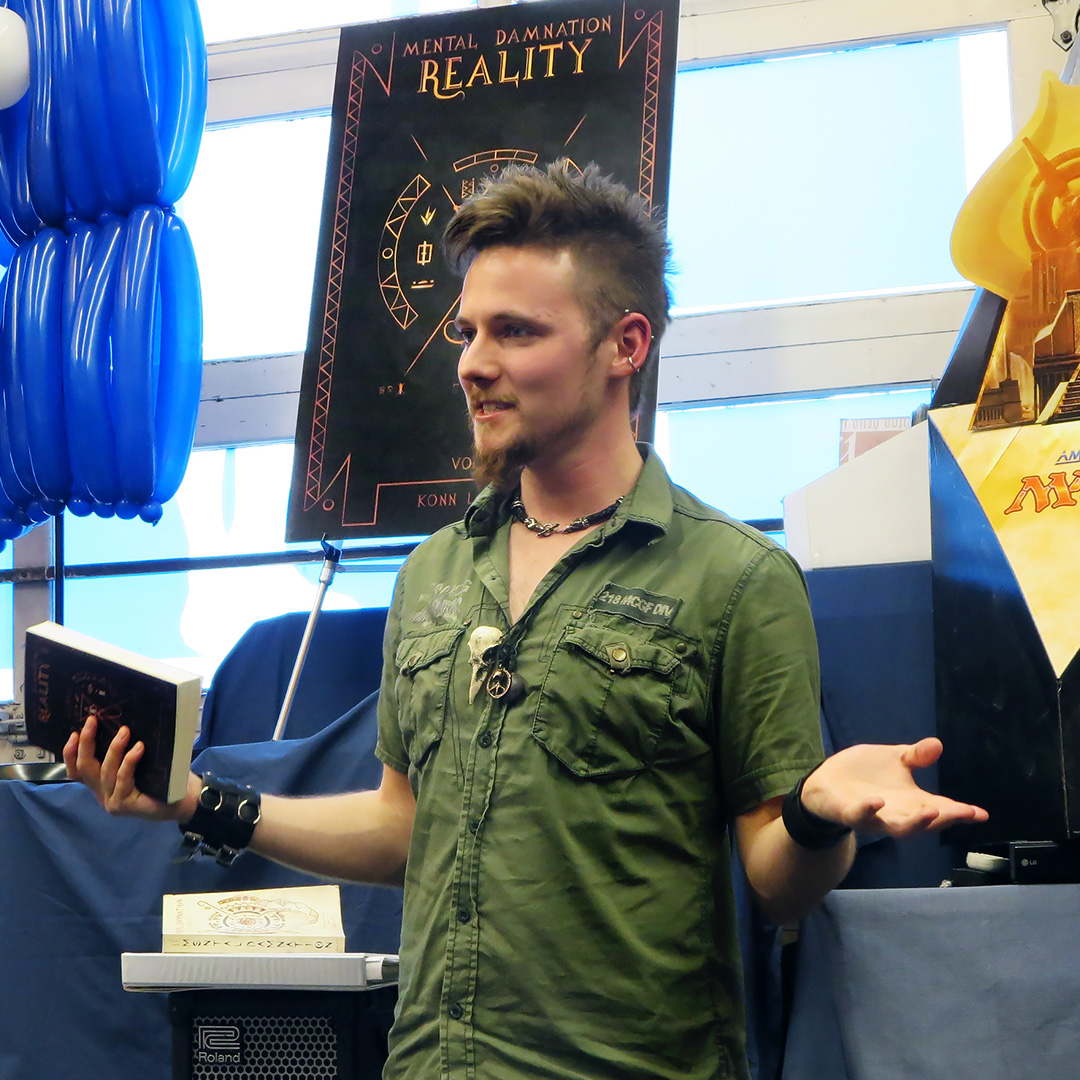 The launch event of the second edition of Mental Damnation: Reality at Happy Harbor Comics.

April 2017 the second edition of Mental Damnation: Reality was released at Happy Harbor Comics. The event offered insight into why Konn chose to rewrite the novel and a reading of one of the new chapters.