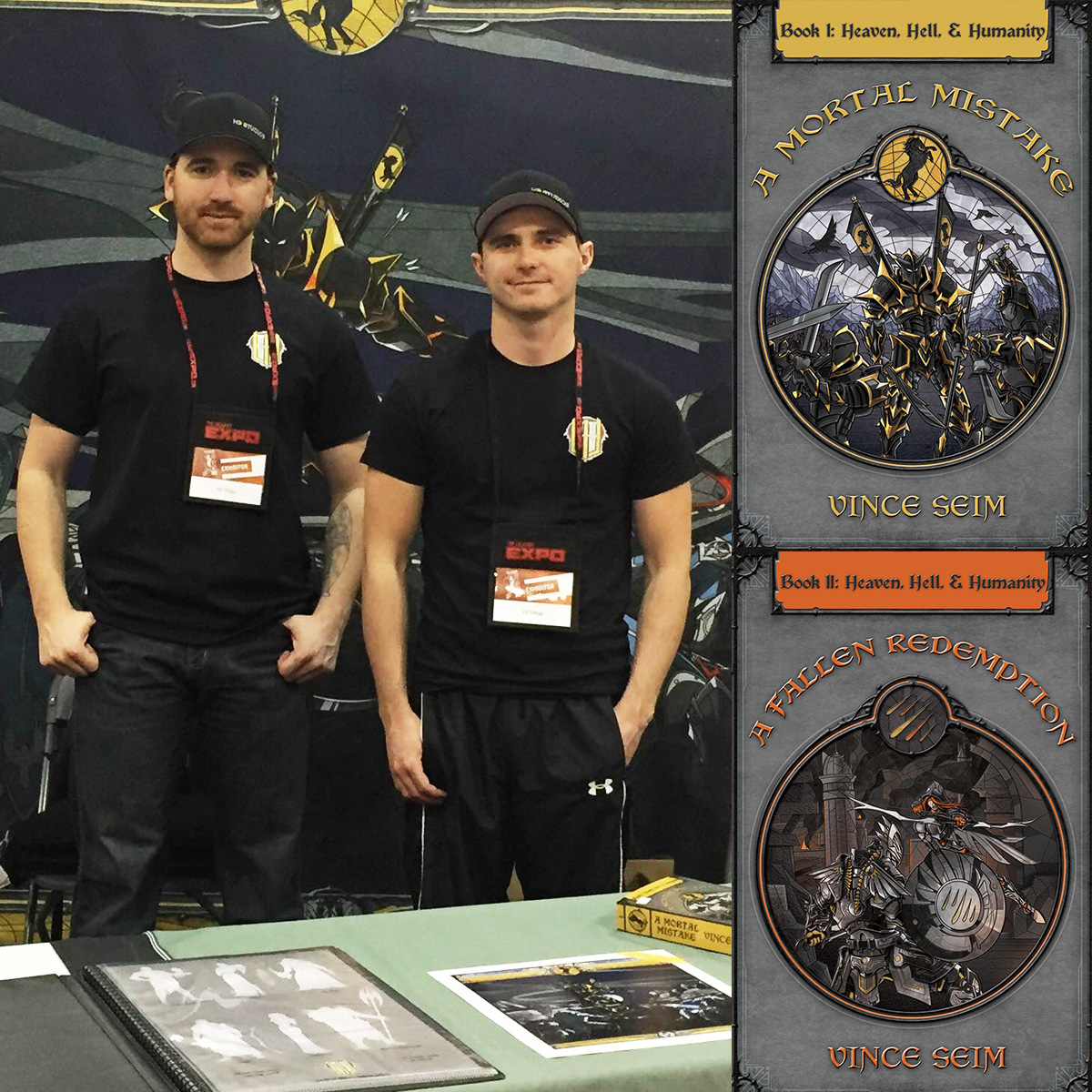 This month’s guest author is Vince Seim, the creator of the Heaven, Hell & Humanity series. Vince and Chance Clark – the illustrator – and I met at the Calgary Comic Expo. I saw their booth covered with prints, bookmarks and the book series themselves. The epic-fantasy novels were an impressive size, the spine had to be about 2 inches thick and around 160,000 words, something that you do not normally see at conventions. We struck up a conversation about our writing practices and the joys and struggles of self-publishing.

Vince, thank you for joining us. Tell us a bit about yourself and the Heaven, Hell & Humanity series.

I am the writer and creator of the H3 Trilogy, and my counterpart, Mr. Chance Clark, is the Visual Merc, the artist who does the covers and prints to bring the characters into being. The trilogy has been the conclusion of six years worth of writing, rewriting, editing, and major revamp. After the endless tweaking, we have begun the epic tale of Heaven, Hell, & Humanity.
The premise of our series is that Earth is a prison world for the High Heavens. Dissident angels are stripped of their powers and immortality, being cast down. Over centuries, two factions form out of the beliefs of redemption and vengeance. The kingdoms of Humanity are trapped within the midst of the conflict.
Our first book, A Mortal Mistake, revolves around the impact of actions and beliefs, upon ourselves, our family & friends, and even those we do not know. Primarily the effect of our mistakes. The sequel, A Fallen Redemption, focuses upon the desire and need for redemption. 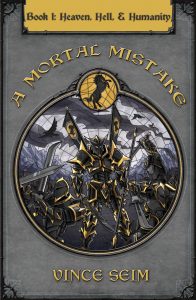 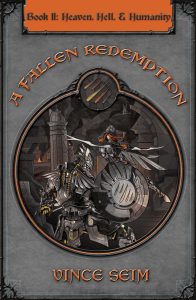 Six years is a long time! How did you first get into writing?

Cliché as it may sound, I have been writing for as long as I can remember, always using my robust little imagination to create stories. The H3 trilogy is the culmination of decades of my story ideas to be utilized into character driven adventures within a complex world. I am a visual person and the book is also my way of painting these characters and environments. As I could not draw the images within my head, not to the level to do them justice, I chose the path of writing the story and leaving the art to Mr. Clark.

You work with illustrator Chance Clark who draws the characters and creatures found within the series, what made you want to include drawings with your writing?

The decision to ask Chance to draw the characters came upon seeing his initial sketches for the first book cover. From my original sketches to Chance’s finished Sven character, with his attention to detail and the thought process that went into the character, I knew I had to convince him to come onboard. With the world and characters we created, we wanted to have an avenue that may appeal to those who do not enjoy reading or enjoy distinct visual reference of the characters they are reading about. The art allows people to appreciate what we are creating and adds a level of depth within the story itself. 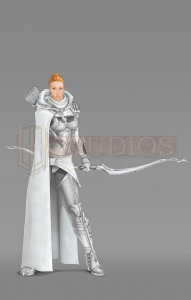 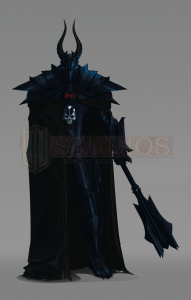 Tell us a bit about the process you and Chance have with coming up with characters and the lore of the story.

While a lot of the characters and story lore were already created, everything has also evolved as the story has progressed. We use each other as sounding boards for ideas and concepts. The ability has allowed stronger ideas and concepts to grow, as well as questioning towards those already implemented. Chance adds a visual strength to everything we do with his extremely high level to detail.

What were your inspirations to get into writing and have you done other types of writing beyond fantasy?

Amongst my wide taste in reading, I have always enjoyed historical novels but sci-fi and fantasy the most. I love them for the creativity that is afforded within the genres. When writing my own, that aspect allowed my imagination to go to whatever depths it desired. As such, we can create something truly unique that is very much our own.

Most new novels tend to be around 60,000 words, the H3 series is well beyond that. What was the thought process behind the sizing?

The size was merely a product of story and character depth. For a first time author, choosing the intensive epic story was ambitious and taxing, but we also write what we enjoy. I enjoy multiple characters and story arcs that add to the complexity of the story. Ultimately, this also adds to the size of the book.

What’s your biggest challenge being an author?

The biggest challenge, is perhaps the marketing and connecting with our audience outside of the obvious finances of self-publishing. While it is a very popular and widely read genre, there are a large number of fantasy novels out there. We believe our use of angels and demons within a fantasy fiction is something unique, but it in itself poses difficulties. Creating something new and different, it can sometimes take quite a bit to pique a person’s interest enough to stray from their norm or expand their area of intrigue.

Do you have any other books planned after the trilogy?

Our story and world is designed to extend far beyond the Heaven, Hell, & Humanity trilogy. In order to provide the depth we desired, the lore has been already created so the overall story aspects of sequel and prequel trilogies are in place. However, we have also discussed the possible writing of standalone character stories. Closer to the 80,000 words instead of our epic 185,000. This is all, of course, success permitting to explore our already established lore.

Although very demanding and intensive, I would encourage anyone to pursue their imagination in whatever their medium. Let your passion for creating your own genuine stamp of creativity fuel the journey. We also appreciate you taking the time to visit and look forward to catching you at a future shows!