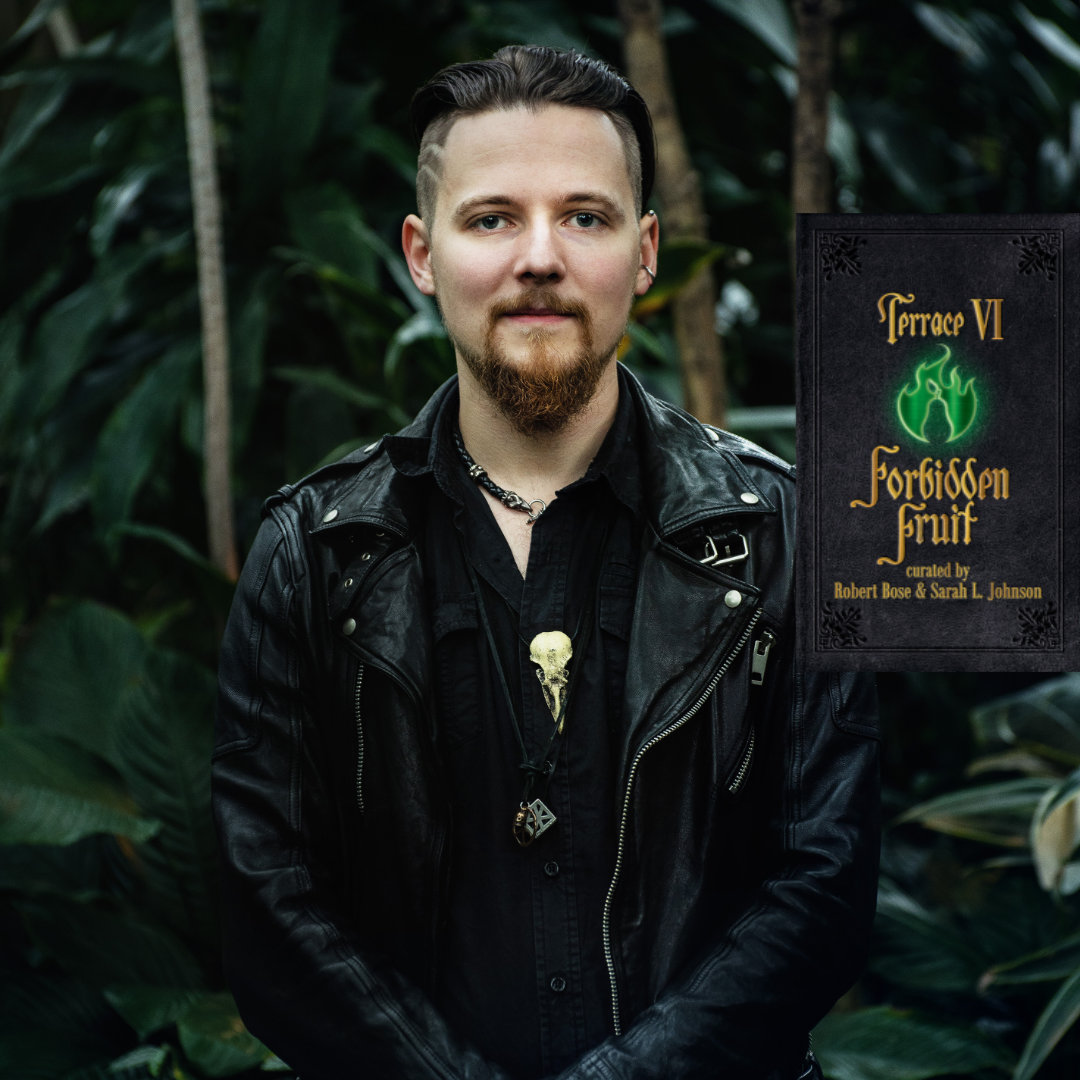 My short story Death Shot is featured in Terrace VI Forbidden Fruit. The Seventh Terrace was kind enough to have me on the blog to chat about the short story, gluttony, and cooking!

We cover the following:

Welcome to the Sixth Terrace of Dante’s tower of Purgatory, serving up sins of gluttony in an eternal banquet. On this carefully curated menu you’ll find children stuffing themselves to death, a forgotten saviour gorging on cheeseburgers between bareknuckle rounds on the roadhouse circuit, wealthy socialites revel in an orgiastic alien feast, and the end of days as seen through an apocalyptic carnival of indulgence. Excessive consumption also manifests in darker hungers, for cruelty, for distraction, or possession. A pair of grifters bent on having it all chase a Scottish leprechaun across the English countryside, a newly deceased addict vies for the attention of Heavenly Higher Ups, degenerate poker players gamble with unforeseen currency, and when an old lady swallows a fly, it’s just the beginning…

Featuring nine stories of grotesque appetite and glorious excess from a gory gaggle of creators, they say too much of anything is poison, yet these condemned swallow each piece of forbidden fruit while reaching for the next, never to be sated. They can’t help themselves. Can you?

Featuring stories and art by: