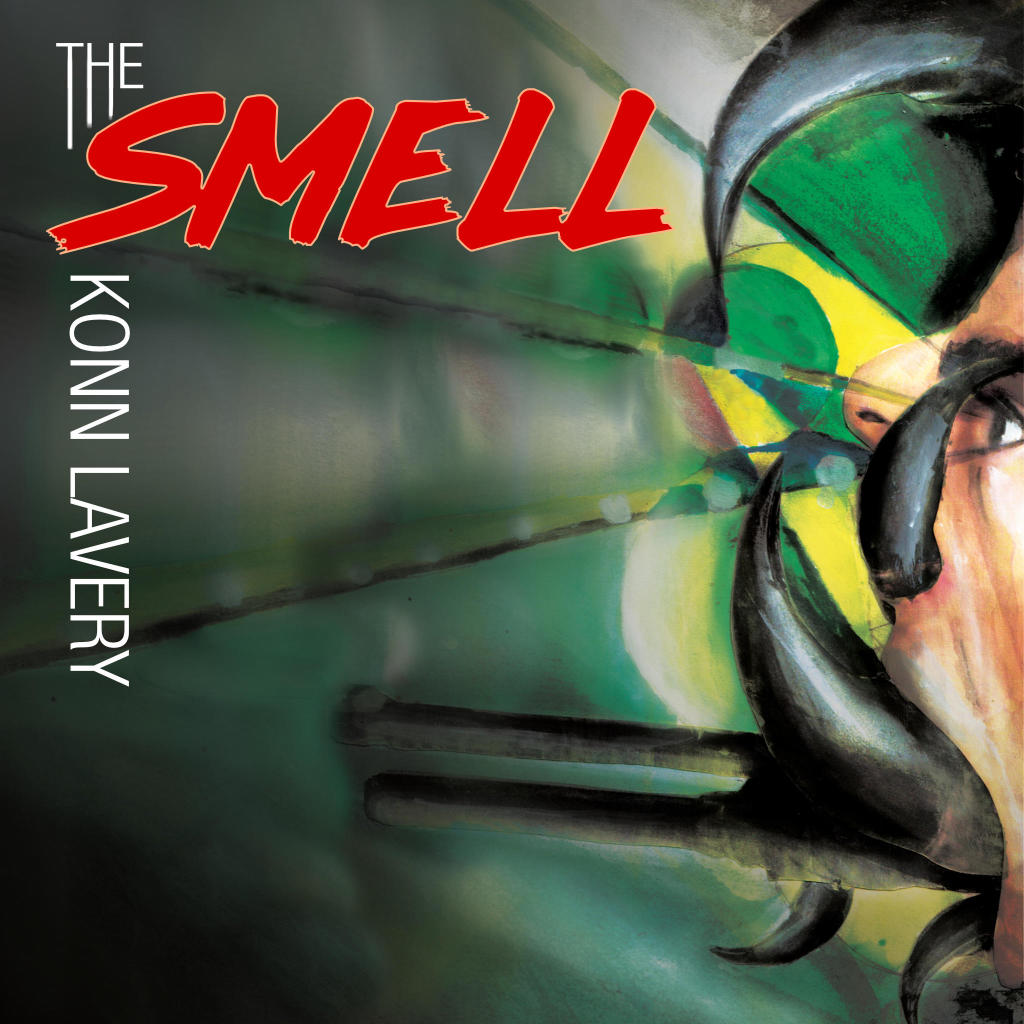 Being locked in a bunker as the last survivor isn’t easy to cope with, especially if there’s a otherworldly cleaver-armed monstrosity on the other side of the door. How long can one last in a room of rotting flesh? The Smell is May’s short story that brings you into a claustrophobic horror with a dash of creature feature.

One by one, we died. I watched my friends be torn apart like butchered pigs. The giant cleavers on the Bastard swung into them, slicing them up into unrecognizable chunks. At first, there were twelve of us, then there were six, three, and then just me. I’m not afraid to admit that I vomited multiple times, watching in horror as my friends were mangled alive. Eventually, I got to a point where I could not vomit anymore and have become desensitized to the atrocities.

The Bastard took every bit of dignity from my friends and me. We took shits in empty pots and drank our piss just to stay alive. The fusion of human bodily fluids and rotten corpses seeped through the vents. The stench was unbearable. We couldn’t go anywhere inside the underground bunker, and outside… well, everyone knows you cannot go out there. That is straight-up suicide.

I’m not sure how the Bastard managed to get into the bunker, but it did. Thank God Dan was one of those end-of the-world-nut-bags, stocking up on can foods and weapons. Unfortunately, no amount of preparation could have helped in this scenario. The whole world was mutilated. We don’t even know where these bastards came from. Wild rumours sprouted before all communications were cut out. Aliens, underground reptilians, demonic summoning, you name it. Truthfully, I don’t care. I just want to get rid of this god-damned funk.

When the Bastard first got in here, I thought about abandoning the bunker and risking going outside. The idea left my mind as quickly as those cleavers slice through flesh. I remember seeing the footage on the internet. There are thousands, if not millions, of the bastards out there. Humanity has tried to kill them. Hell, twelve of us tried to kill one. Bullets absorb into it, making it howl like a dying dog, but it doesn’t stop. It never stops.

Now I’m the last one in the bunker, gripping my shotgun tightly. When there were several of us, we formulated the final plan to trap it in one of the closed-off storage rooms. The Bastard managed to kill Nora and Pat during the scheme. Pat was supposed to be the bait, luring it into the storage, and we’d shut the air-lock door.

Nora and I got turned around to avoid the Bastard’s sharp cleavers and ended up in the storage room. Poor Pat, he wasn’t quick enough to dodge the attack. He did his best to stray it away while being sliced open in every which way. Nora was too loyal to Pat for her own good. She thought she could save him and blow the Bastard’s head off, wherever the head was. The four cleaver-like limbs were the only distinct parts of its form. Its body changed shape every second, like watching a television with no signal, glitching out. I have to say, Nora went out guns blazing. If we lived in a different time, that type of death would be honourable. Now? it just makes me sad and creates another layer of funk.

We used to hypothesize what its strengths and weaknesses were. We were hopeful twelve-against-one would give us the upper hand. The result: one-on-one. Days have gone by with the Bastard on the other side of the door. I can hear giant cleavers slicing against the steel door from time to time. The Bastard likes to go for long periods of silence, hoping to psych me out. The only weapon I have now is starvation. It can’t feast off the eleven dead forever. So, I wait.

I have several dozen cans of beans and crushed tomatoes, space-grade meat, and one box of bullets. The pots are full of my shit, and I have reverted to relieving myself in one corner of the room. Piss is for the other if I don’t have any spare empty cans. This is no way to live. I’ve wondered if the Bastard would leave, go back to the surface the way it came. Yet, we don’t even know how it got in here. Maybe it is stuck, like when a fly finds a way inside a window but can’t get out.

Eventually, the clawing and howling stopped. Another week went by with no sounds. This was the longest silence-session the Bastard has had. The last record was four days before it started scratching at the door again. I think. Days are hard to tell. The duration was promising. I cling onto any form of hope now. Otherwise, I’d just blow my head off with this shotgun. The stench of the storage room was beyond anything I had smelt before. I wasn’t sure how much longer I could stay in the small space. The funk might kill me.

Scenarios ran through my mind – wondering if I should open the door or keep waiting it out. I still had plenty of food left. Drinking piss got old… And the smell that lingered in my nostrils. I couldn’t take it anymore. I wasn’t sure how long it took me, but I mustered up the strength to stand. I had to get out of here.

I held the shotgun, pointed down, quietly approaching the door. These bastards have good hearing. One step after the other, I reached the door handle, clutching the cold metal with my hand. With one deep inhale, I flicked the lock and swung it open. Shotgun raised. Breath held while scanning the blood-filled hallway. Nothing. Where was it?

My heart pumped rapidly the further down the hall I went, checking every tossed-over boxes, the ceiling, in front and behind me. It was gone. The Bastard went back to wherever it came from, leaving me as the only one to survive the cleavers, stepping on the remains of my dead friends. The stench out here was no better either, it lingers in my nostrils, forever present, unless I left the bunker and embraced death. Wait, the smell was worse, and closer. My trousers were moist and heavy. Great, I shat myself. Add that to the growing pile of funk.