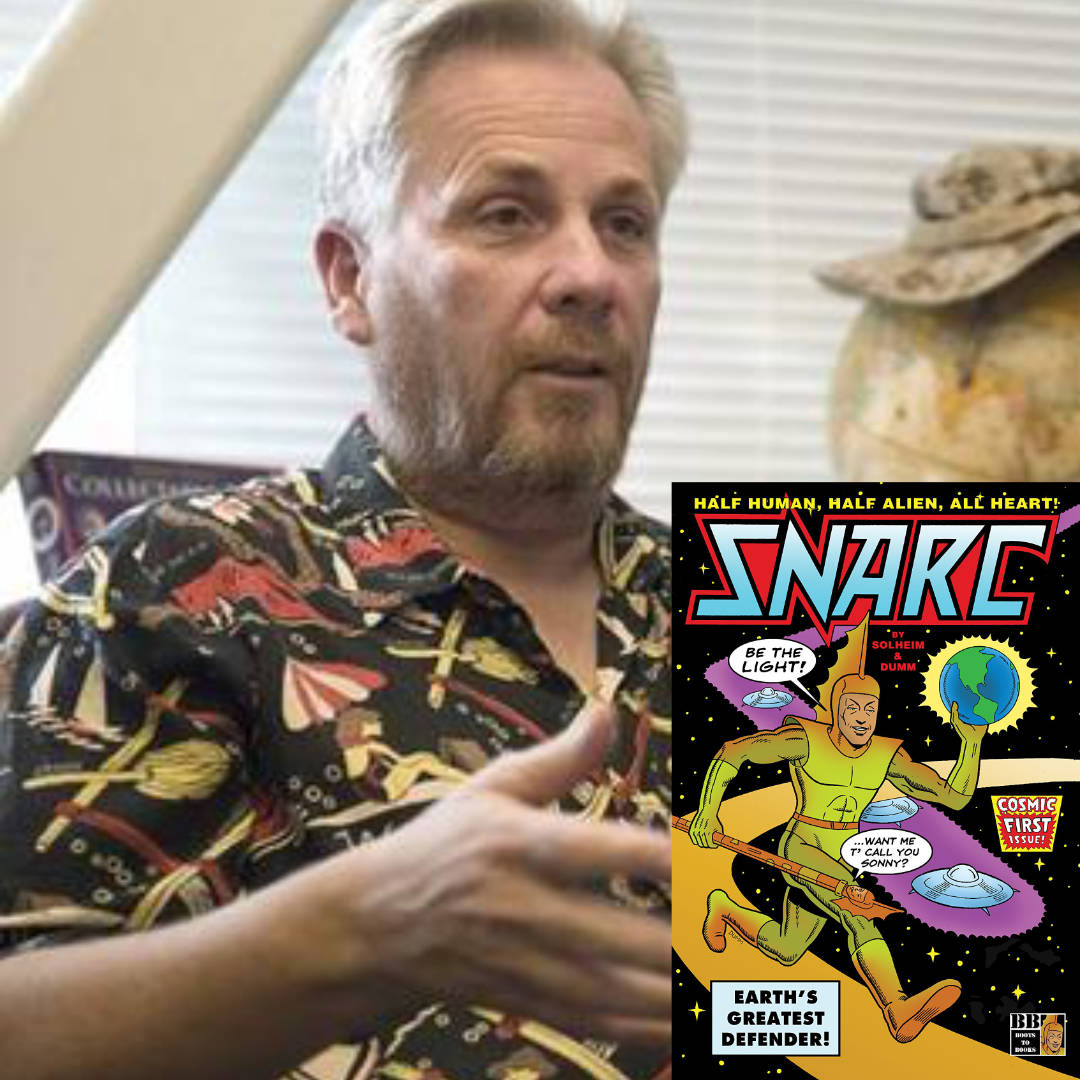 For March we welcome back Bruce Olav Solheim who has previously been on the blog discussing his latest work – a comic series. He has a PhD in history and has served six years in the US Army as a jail guard and a helicopter pilot. He has published nine books and written ten plays. He has also been named as a featured speaker at the Contact in the Desert 2020.

Hi Bruce Olav Solheim, thanks for joining us once again. For those that are not familiar, can you introduce yourself.

Hello fellow travelers! As I am nearing retirement from 28 years in academe, I am ready for the new adventure that lies ahead. Actually, it is not really new, I have had paranormal experiences my whole life so it is an old adventure that is now seeing the light of day.

Last time you mentioned you have a comic book in the works. This being the Snarc series, can you share what it is about?

Snarc is half human, half alien, and all heart. He is sent by his hosts to Earth to prepare us for colonization. Along with the cosmic staff sidekick, each adventure on Earth convinces Snarc that we are worth saving and he ultimately defies his mission orders. Snarc combines science fiction, history, social awareness, human interest, humor, and more.

How did the premises for Snarc first come to you?

Snarc came to me in a dream in 1981 while I was still in the US Army in West Germany. His first appearance was in a cartoon strip that I wrote and drew for the Montana Tech Technocrat newspaper while I was studying engineering. After I dropped out of engineering school and we moved away from Butte, the idea sat idle for 37 years.

What differences have you found between novel writing and comic writing?

I have written only one novel, for middle grade readers, and my other eight books have been non-fiction. I find sequential art to be a more natural form of expression for me. To quote the late Harvey Pekar, “You can do anything with words and pictures.”

Does working with an illustrator change the creative process?

I think it enhances the experience. Gary Dumm is not only an illustrator, he is a collaborator and helps me express the characters and the story often in a way I did not see. I compare it to theatre where every one contributes.

What first got you into writing?

I needed to express myself because I had a terrible stuttering problems. My parents saw something in me and got me a typewriter before I was ten years old.

Do you have any future projects in the works?

Snarc #2 and more paranormal books I am sure.

What’s one thing you would recommend for new writers to do, and not do?

Be bold, be honest, take chances, be active, readers appreciate that. We are not meant to be oysters, as Theodore Roosevelt’s father told him.

Let’s thank Dr. Bruce Olav Solheim for joining us again to the blog!

You can find Dr. Solheim’s work on his website, amazon, and the various links below: