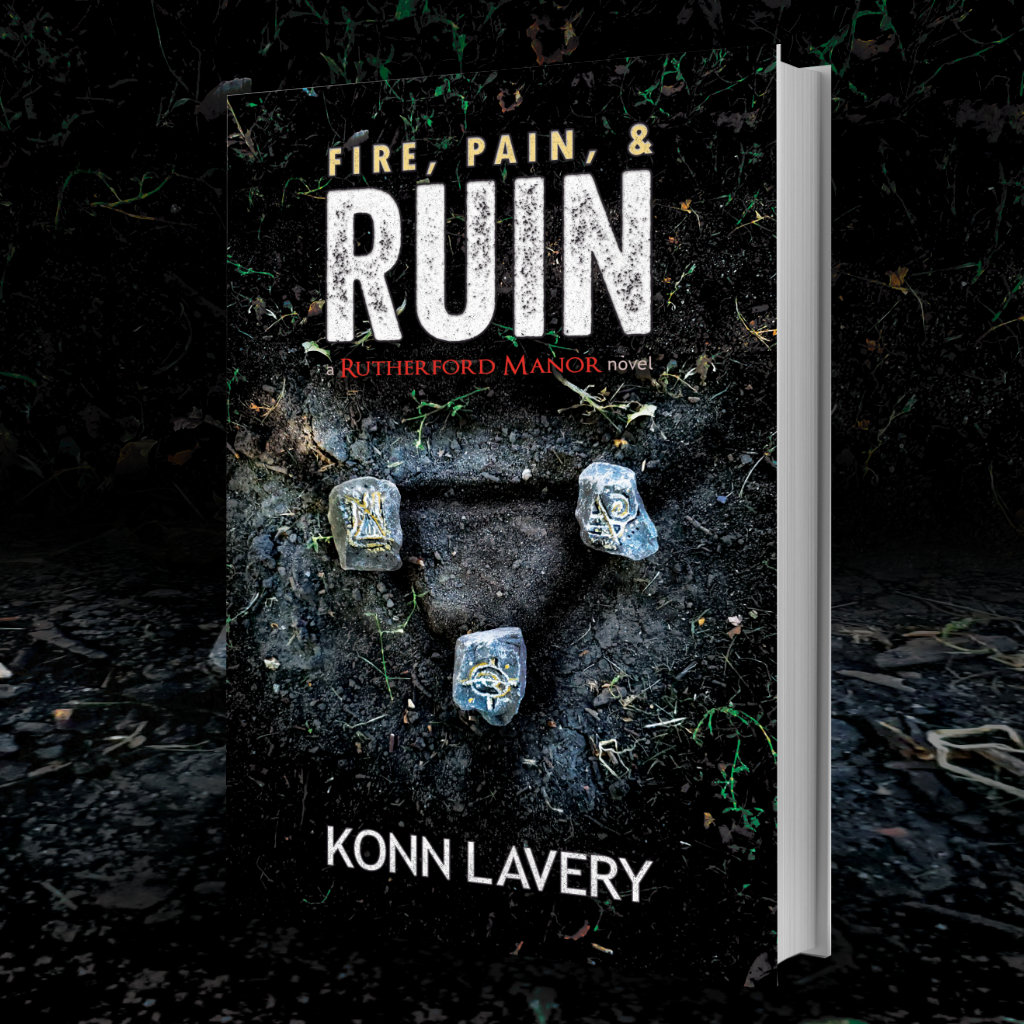 I am pleased to share with you the synopsis of my upcoming novel, Fire, Pain, & Ruin a Rutherford Manor Novel. The book is set to be released this spring at the Calgary Comic Expo and an official launch. More details to come!

Lisa and Louise try to make sense of the abnormalities of their home – Uncle Nox’s secret laboratory, Uncle Billy’s large body-shaped bags, their mother’s headaches, and their father’s late work nights. They struggle with adulthood traumas, trying to find their own feet against their violent heritage. Lisa struggles with the hardships of first love. Louise faces a tipping point due to the involvement of a new family in the town of Rowley, the Connors. Mr. Connors is the first to treat Louise with a kindship that she is unfamiliar with from men.