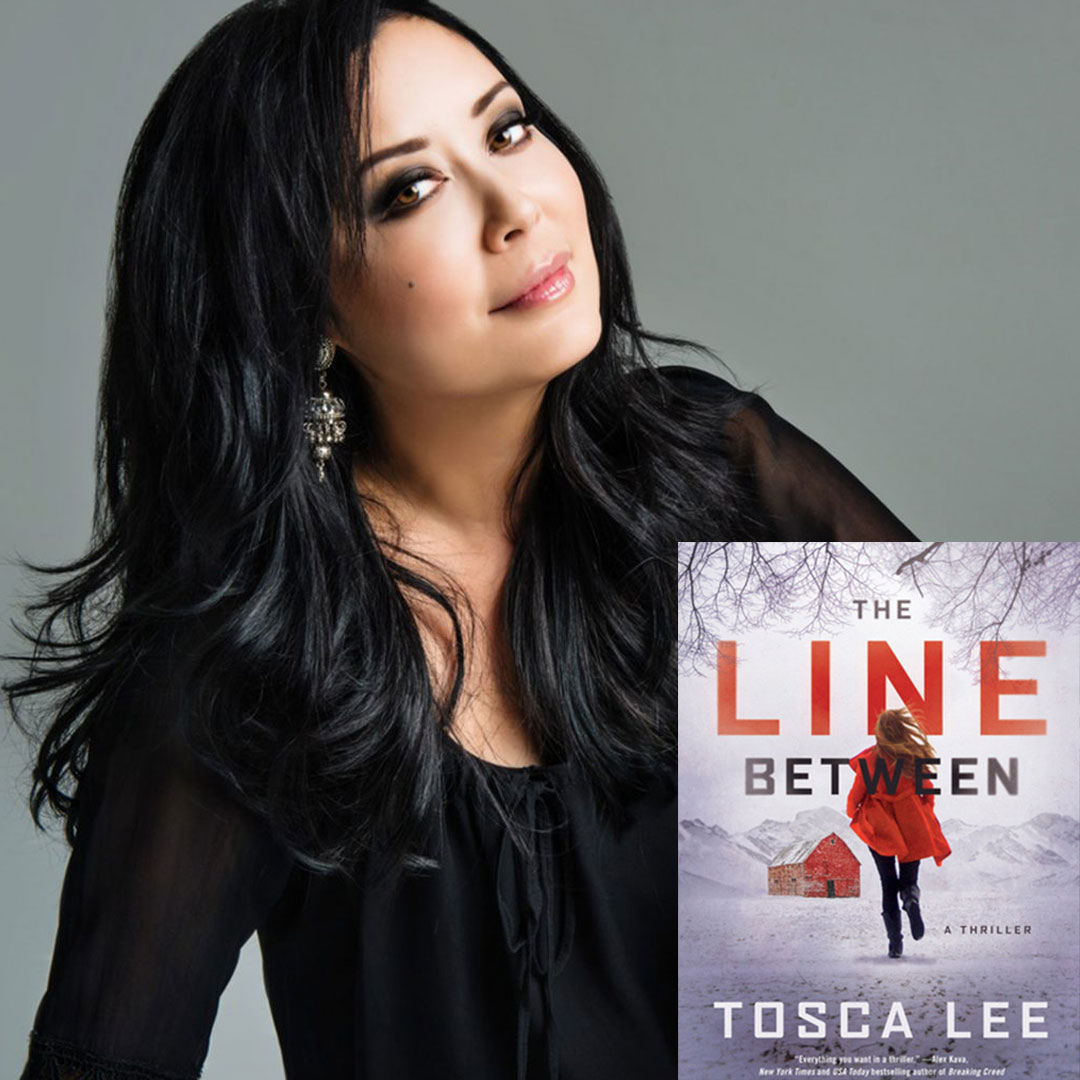 Last May we had Tosca Lee join us to discuss her writing career and her novel, The Progeny. Now we welcome her back to celebrate the release of her new thriller novel, The Line Between. The Line Between is described as a frighteningly believable thriller which explores a disease re-emerging from the melting Alaskan permafrost to cause madness in its victims. Cool! Let’s welcome Tosca Lee back to the blog and learn more about her new novel.

Thank you for joining us Tosca Lee, can you give us a brief introduction to yourself?

Hi, Konn! Thank you for having me back!
I’m a bi-racial girl who loves to eat, adores her husband and four step-kids, lives on a farm where she’s allergic to everything, hates to go to bed but loves to sleep in, watches too much TV, eats too much salty food, is named after an opera, despises washing her hair, and makes stuff up for a living.
We live with a rotund black lab named Charlie, a giant German Shepherd named Timber, and a cat that drools when you pet her.

Tell us about your new novel, The Line Between, and how is it different from your previous work?

The Line Between is the story of Wynter Roth, a 22 year-old woman who’s been turned out of a self-contained doomsday cult on the American prairie. She emerges into a world poised on the brink of madness as a mysterious outbreak of rapid early onset dementia spreads across the nation. For Wynter, it seems like the apocalypse she’s been taught to fear all her life—until the night her sister shows up at her doorstep with a set of medical samples and Wynter learns there’s something far more sinister at play.
It’s a story of action, conspiracy, a touch of romance, and questions of whom—and what—to believe.
This book is different from my others in one major fact: it’s set in the Midwest where I live.

Was this novel in familiar territory for you, or did you have to push your boundaries while writing it?

In a way, it was a homecoming for me. My books have been set in Israel, Yemen, Ethiopia, future Rome, Europe… the closest to home I’d ever come was Boston. So in one sense, this is very familiar territory as it happens in Iowa, Nebraska (where I live), and Colorado. It’s about an apocalypse with rural and agricultural factors—and I’m married to a farmer.

What was the main inspiration that sparked the creation of The Line Between?

In 2017, soon after Firstborn (the sequel to The Progeny) released, I met with my publisher in New York to talk about what was next. I had a short list of favorite story concepts—the idea of a cult escapee starting over and a pandemic rising from the permafrost among six or seven others. My publisher said, “I like both of those. I think you should put them together!”
It worked out strangely well! I wish I could take credit for the combination, but it was my publisher’s idea.

What do you have in the works now? A sequel or something new?

Right now I’m working on edits for the sequel to The Line Between—A Single Light. It releases September 17 and includes my favorite fictional character I’ve ever written. I can’t wait for you to meet him!

You currently have 11 books available, what is your personal favourite?

I used to say that it’s like kids—you can’t pick a favorite. And that still holds true. Though these days it’s the one I haven’t written yet—the one you’re about to embark on.

Let’s thank Tosca Lee for joining us again to the blog!

You can find her work on her website, amazon and the various links below: