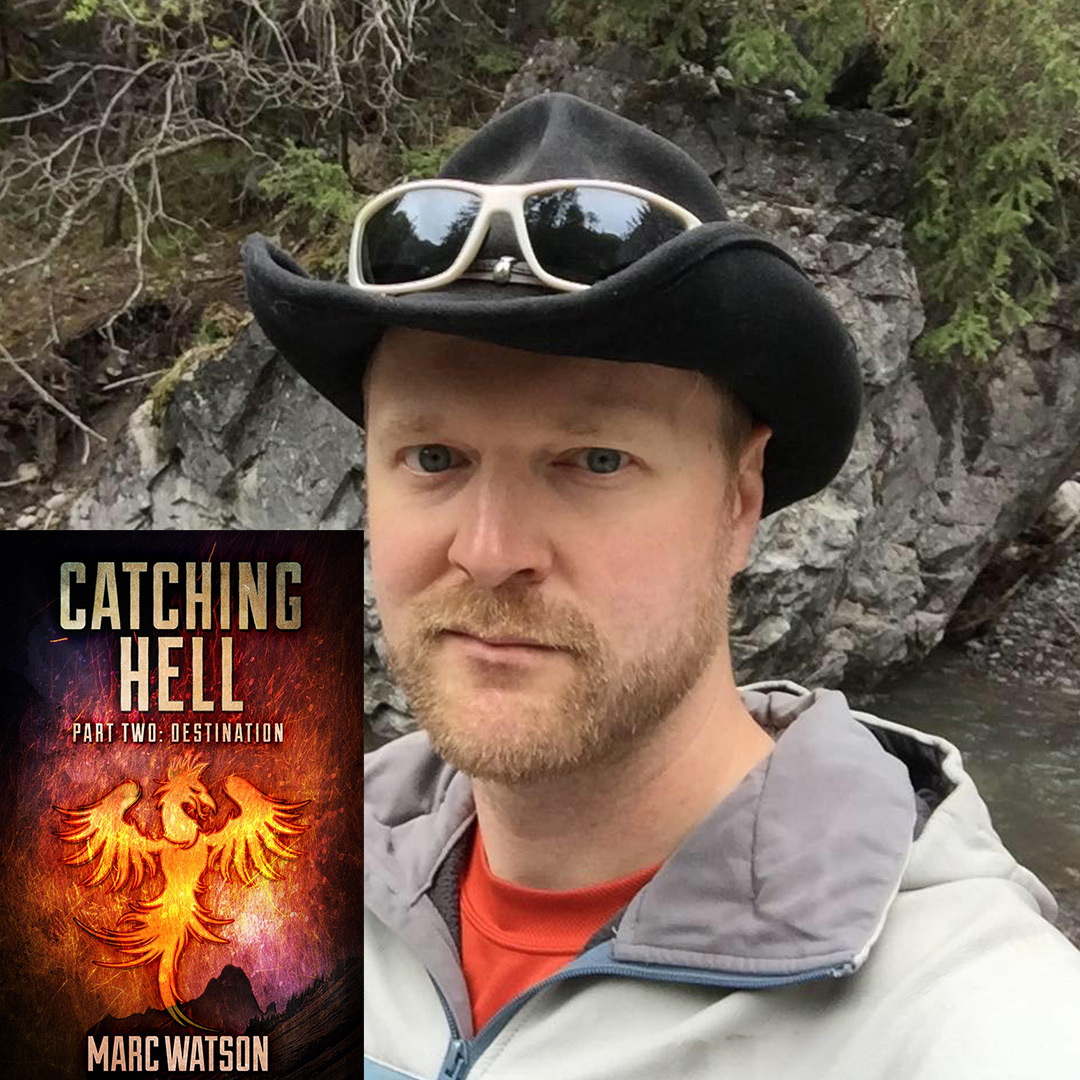 In 2016 we had a special interview with Calgarian author Marc Watson who shared an excerpt from his unpublished fantasy novel. Since then, Marc has released two novel, Catching Hell (the fantasy novel), and Death Dresses Poorly.
Nowe we welcome him back to share the wonderful news of his sequel novel being released! 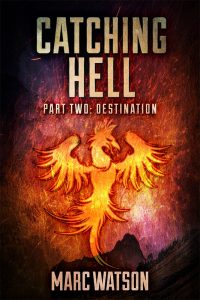 CALGARY, ALBERTA: As a self-proclaimed anti-author, Marc Watson’s success has a lot to do with his unconventional approach; he takes his writing seriously, but he’ll also be the first to tell you, sometimes, he’d rather be fishing on the river or watching his son’s play hockey, and manages to balance his time because he knows the stories he wants to tell are worth writing down. Marc also pushes the boundaries of genre fiction, and captivates readers with the question–who says you can’t have robots and magic in the same novel? Enter ‘Science Fantasy’ and Marc’s latest release, Catching Hell: Part 2 Destination released by Double Dragon Press.
On the heels of the release of Catching Hell: Part One Journey (April, 2018) which is still fresh in the minds of readers, Part Two Destination (November, 2018) continues the perilous journey of two best friends, Johan and Aryu, as science fiction and fantasy, technology and magic, collide in this epic finisher like no other. Avenging the destruction of their home was their goal, but with much more at stake, the robotic Army of Old, and the mysticism behind the Power, the two brave warriors will have to do more than just fight their fears if they are ever going to bridge the gap between them and reunite.
Marc, also a part-time writing student at the Athabasca University, is known for using a variety of writing styles to write effectively and believably his cross-genre fiction in order to engage readers with thought provoking world building and unforgettable characters. 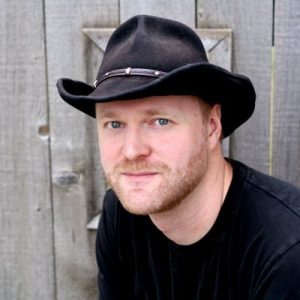 The second part of this epic duology! A critical blow has been dealt to the robotic Army of the Old, but at a great price. Broken and weary, best friends Johan and Aryu have been separated while chasing forces from the distant past that they both fear.
Aryu, the man with wings, pursues the enemy while he slowly slips into the enticing magic and mystery of the Power, led by the great phoenix Nixon Ash.
Johan stands on the steps of Bankoor, a futuristic city full of wonder and mistrust. Here he must make his stand to avenge his destroyed home and find his friend.
As the gap between the brave warriors closes, the worlds of technology and magic will clash!