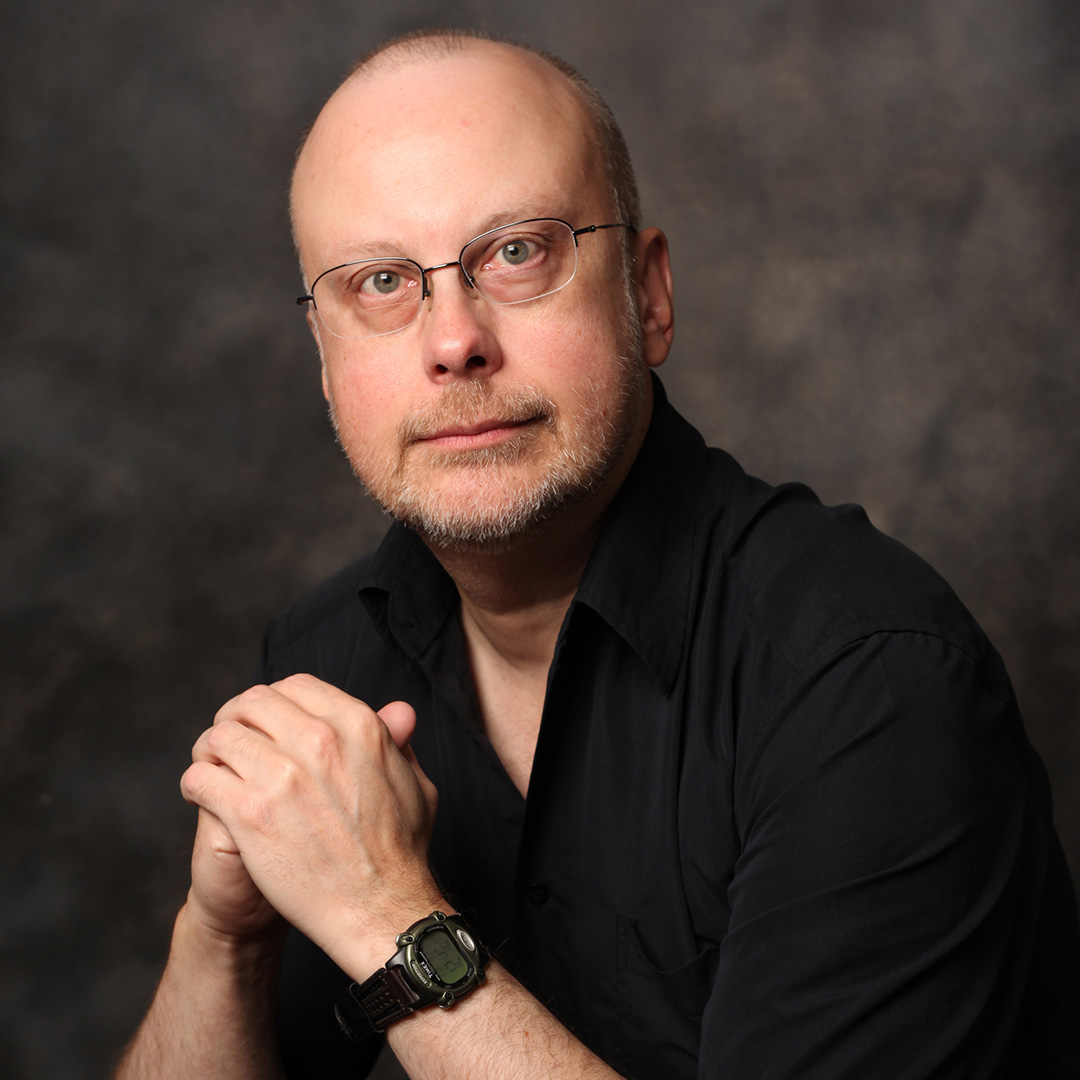 This month we’ve got a special guest joining us to chat about his work. Robert J. Sawyer is a Canadian science fiction author who is a Hugo, Nebula, Heinlein, and Campbell Memorial Award-winning writer. His work has been seen through his novels such as Hominids, Mindscan and his latest work Quantum Night. His novel FlashForward was also adapted into a U.S. television series on ABC. He is also a member of the Order of Canada and one of eight writers (and the only Canadian) in history to win all three of the science fiction field’s top honors for best novel of the year. So I am honored to welcome Robert to the blog to discuss his writing!

Robert J. Sawyer, thank you for joining us. Can you share with us how you first got into writing?

Like so many people, I was lucky enough to have some very encouraging teachers in school.  As it happened, I had the same teacher for fifth grade and sixth grade, although she got married over the summer, so in the first of those she was Miss Matthews and in the second she was Mrs. Jones; I was precocious to enough to know that her first name was Patricia.  This was the late 1960s, and there was no such thing as a school photocopier or a home computer, so I was writing stories by hand on foolscap.  She loved my stories and had me copy out duplicates of them by hand so she could keep a copy, too.  If she’s held onto them, she might get something for them on eBay today.
Starting in my teenage years, I got serious about wanting to be a writer.  I submitted my first short story to a magazine in August 1976, when I was sixteen years old.  It took three more years before actually sold something, in January 1980, when I was nineteen.  The Strasenburgh Planetarium in Rochester, New York, had a science fiction short story writing contest judged by Isaac Asimov; I was one of the winners.  Only at eighty-five American dollars, but it might as well been a million: I knew this was what I wanted to do for the rest of my life.

Your latest novel, Quantum Night, is a Canadian national mainstream bestseller, and it hit number one on the hardcover bestsellers list published in Locus, the American trade Journal of science fiction and fantasy fields.  It’s just been reissued in paperback. It has political relations to the recent election results in the United States of America. What insight can you share with us about the book?

Quantum Night is in part about the rise of the far right authoritarian president of the United States with disastrous consequences for undocumented immigrants, for relations with Canada, and for world peace. As a science-fiction writer, I’m usually happy when one of my predictions comes true; sadly, that’s not the case this time.
Nonetheless, it’s easy to explain megalomaniacal, narcissistic, indeed psychopathic people like Adolf Hitler or Donald Trump lusting for power.  What’s hard to explain is why so many people mindlessly follow them.  Now, when you think about what I just said – “mindlessly” – you automatically assume that I mean that metaphorically.  But one of the great story-generating engines for science fiction is to take a notion that we always think of as metaphorical and treat it as literal, and so I asked myself the question: what if the followers of authoritarians were literally mindless?  That is, what if they were what the Australian consciousness researcher David Chalmers has called “philosopher’s zombie” – beings that to outward appearances seem fully conscious but in reality aren’t; the lights are on, but nobody’s home.
The thing I like to do most in a science-fiction novel is juxtapose disciplines that normally never come in contact.  And so I developed a plot that brought together an experimental psychologist with a quantum physicist to try to determine whether in fact truly mindless followers might really exist.
Quantum Night is part thriller, part character study, part political commentary, and, of course, I hope, wholly entertaining.

What makes Quantum Night different from your previous releases?

The fact that it starts out with a negative view of humanity; I’m known as an optimistic writer, and, in the end, I think Quantum Night is an optimistic book, but it definitely is darker in tone than anything since my Hugo Award-nominated genetics thriller Frameshift, which came out in 1997, twenty years ago.

Out of your vast bibliography, what was your most memorable novel to write? Or is each novel its own unique milestone in your life?

Each one is certainly a unique experience.  That said, in an odd way, my 1998 novel Illegal Alien was the most memorable because I wrote it so quickly; it just came pouring out through my fingertips after I’d finished my research.  That novel was a courtroom drama with an extraterrestrial defendant, and once I was fully versed in trying homicide cases it was absolutely clear to me how to tell that tale and I got it done very quickly.

You also teach and have public speaking about writing science fiction, how did you get into this line of work?

I actually do more futurism speaking than I do talking about science fiction.  What’s the difference, you might ask?  Well, when I’m giving a talk as a science-fiction writer, I’m lucky to get $250; when I’m speaking to a corporation or government agency as a futurist, my fee is $5,000 and up.
I got started when a fellow named Pete McGarvey, who knew of me from Toronto science-fiction fandom, took a chance in 2000.  He needed a speaker for a convention of life-insurance brokers, and he wanted someone who to get them to think about how their industry might change as medical science continue to prolong our lives.  The talk was a big hit, and soon I was getting keynote invitations from other groups, starting with another life-insurance association that was having its annual meeting in Reno, Nevada.  It just grew from there: an artificial-intelligence conference in Calgary at which Ray Kurzweil and I were the two keynote speakers; the annual convention of Canada’s biopharmaceutical and health-technology industry in Montreal; the Canadian Association of Science Centres in Edmonton; The Council on Licensure, Enforcement and Regulation conference in Phoenix – it just snowballed, usually with a person who’d seen me at one conference suggesting me to a committee for another.

Beyond the FlashForward novel being adapted into film, what other work have you done for television?

Like most people working in television and film, the majority of what I’ve written and been paid for is never actually been produced.  I’ve been commissioned to write two feature films, two television pilots (one of which had William Shatner as an executive producer, and Bill and I went around pitching it together in Hollywood), a series bible for a revival of Robotech, a couple of other series bibles including the one that was used for the TV series Charlie Jade, treatments for TV miniseries, and more.

Science fiction is your primary genre focus, are there genres you like or do not like writing?

Did you ever see your writing career taking you where you are today?

Honestly, no.  I never thought I’d make a living at this; I always thought it’d just be a sideline.  I’ve been very, very lucky, and I know it.

Thank you again Robert for joining us to chat about your writing. It has been a pleasure to discuss your work and learn about some of your background.
You can find Robert J. Sawyer’s work on his website at sfwriter.com. His latest novel Quantum Night is available in a number of formats found here.
Robert is also active on social media sites such as Goodreads, Twitter and Facebook.