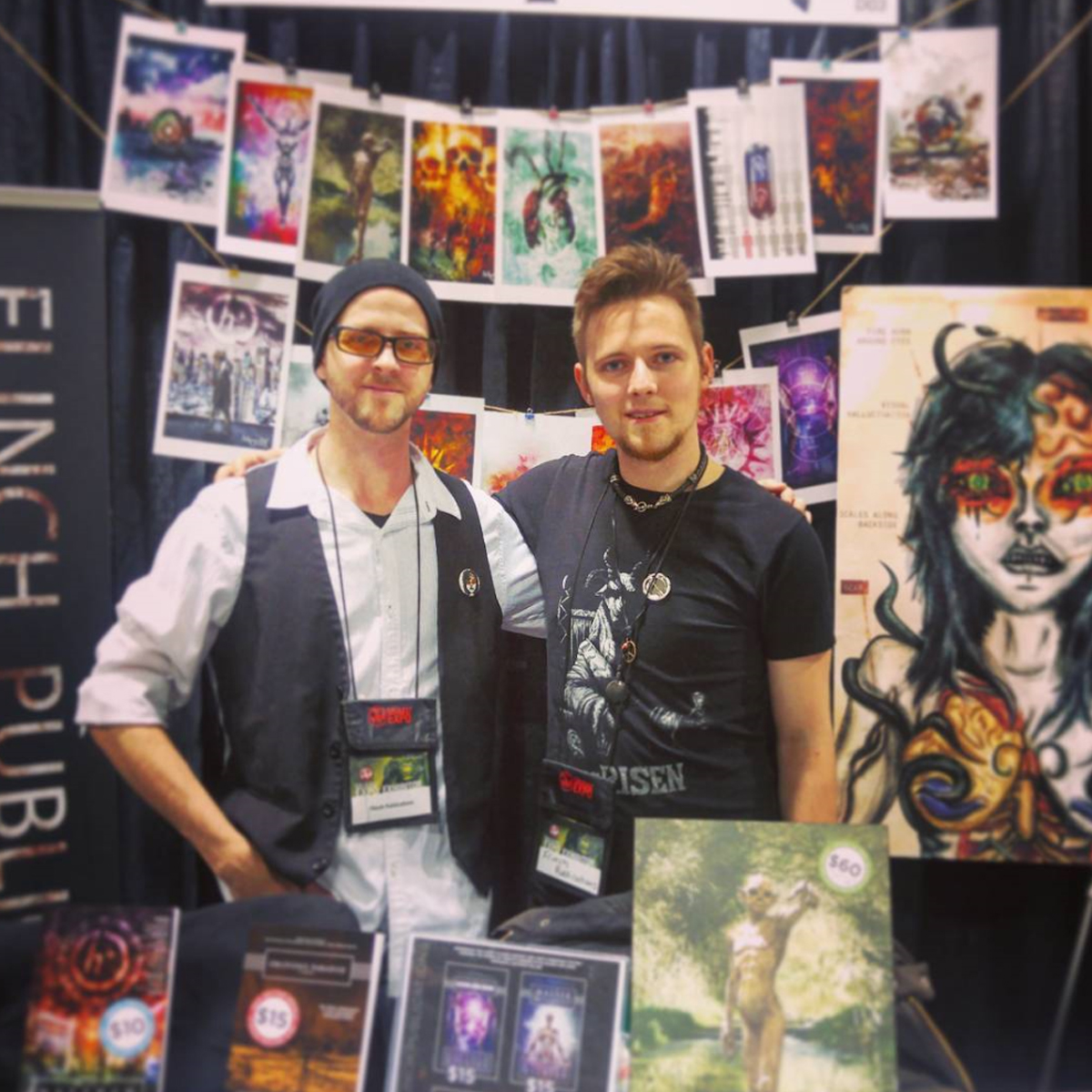 Damnation at the Calgary Comic Expo

This year I got to join in the Calgary Comic and Entertainment Expo, the bigger brother of the Edmonton Expo, spanning for 4 days. The sheer size of the expo space and the amount of attendees is impressive and well worth seeing if you ever find yourself in Calgary.

Calgary to Edmonton is pretty uneventful, being a straight drive north to south and no large hills. The excitement didn’t really occur until making it into the city and spotted a car-truck hybrid – cool! Took a shot to see if I could figure out what it was. Any guesses? 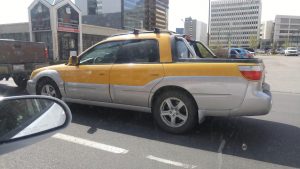 The expo itself was quiet, it was a Thursday after all. Got to reconnect with other artists and vendors who I had not caught up with since the Edmonton Comic Expo. SANE Clothing had already set up their booth and were ready to go.  This year Matthew Gillies kindly offered to share a booth, being a fellow self-published, dark fantasy author why not join forces? Back in November I interviewed him about some of his horror writing.
The evening at the Calgary Comic Expo involved checking out a pub called Pig and the Duke, cheap beers (for Calgary) and veggie burgers so couldn’t go wrong there. 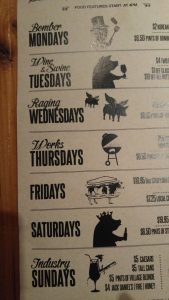 Pig icons that I was infatuated with on the Pig and the Duke menu.

Day 2 – Building up for the weekend.

The Friday traffic picked up with more custom costumes – unfortunately I didn’t take any photos – but believe me they were impressive. Matthew and I kept busy sharing our books with interested readers. 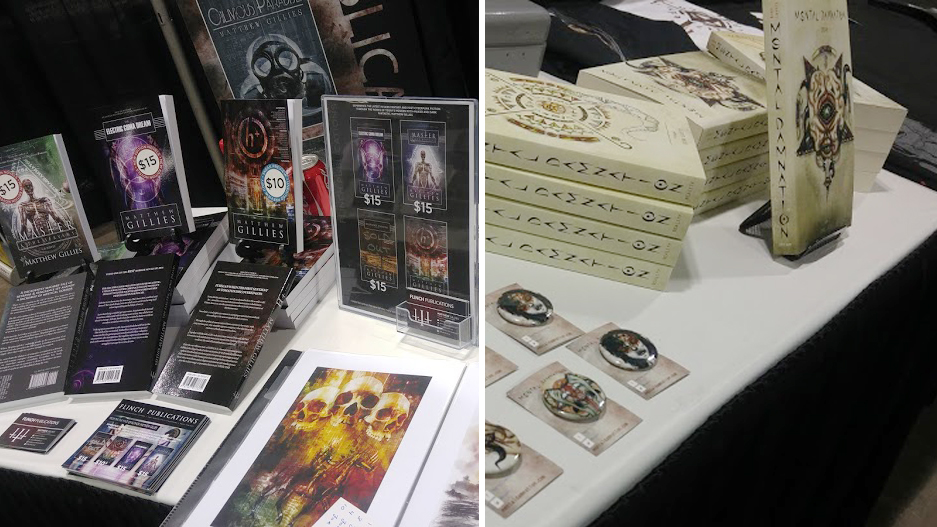 The longest of the 4 days and quite valuable as it wasn’t as busy as anticipated. This offered time to meet the other vendors. I discovered a couple of publishers, Edge Publishing and Champagne Books who both offer intriguing local author work. I also met other authors in the expo such as Vince Seim who is writing the book A Mortal Mistake being a part of a violent, fast paced fantasy trilogy. The length of his novels is quite impressive on its own.

Oddly enough, the Sunday was the busiest of the four days. It seemed like everyone was waiting for the end-of-expo discounts that some of the vendors offer. The crowd was very energetic and engaging which is the energy I enjoy about the comic expos. Matthew and I spoke at a panel titled “The Joys and Horrors of Writing Horror Stories” where we formed a Q&A session with the audience to help new authors break into the writing industry. 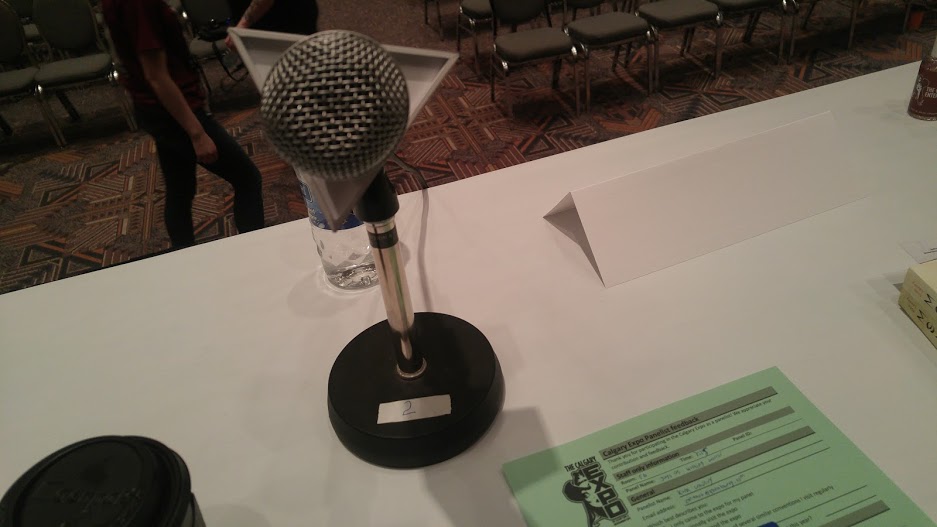 It is always a pleasure to share knowledge with people, especially with writing. Several of the audience members wanted to chat with us afterwards and we expanded on some of the questions and learned about their own writing.
The last bit involved saying goodbye to the new friends and old made at the expo until the next event (most likely the Edmonton Comic Expo). Following that, the drive up a straight road to get home.

It was a enjoyable trip and well worth the travel and long days. Highlight of the expo, my girlfriend got me this cool poster. Paleontologists Vs Creationists – Sharkasaurus. How cool of a movie would that make? 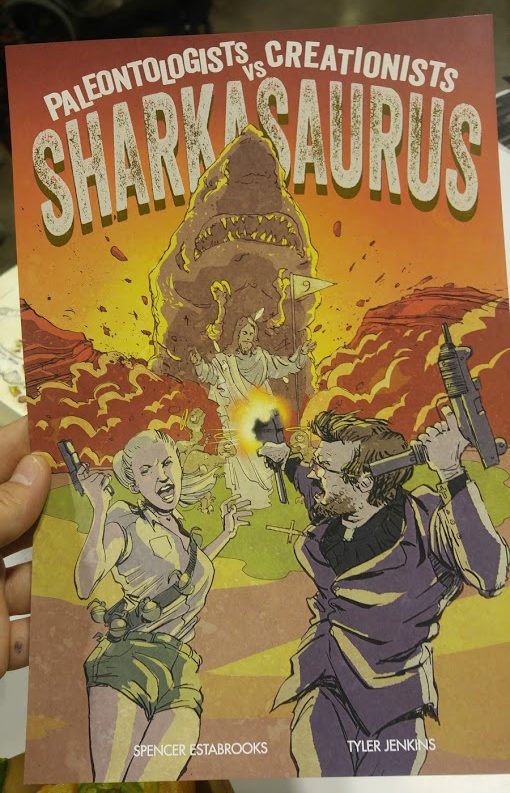