Here’s the news, this blog post is a special one. It marks the first of a series of inspiration and creative explorations. The whole blog was supposed to be oriented around what sparks me. It took a turn into being about writing tips and guest bloggers. That direction just came more naturally. Probably from the history of writing course curriculum. For a change of the regular program welcome to – Unprocessed Thoughts April Edition.
With an intro paragraph like that it isn’t easy to follow up on. What I’d like to share is some of the new music I found in the month of March. I’ve been swamped with a lot of projects which has given me time to explore discographies.
I have a good friend of mine introduced me to Flux Information Sciences and instantly I was drawn into their use of synths and samples in a minimal noise form. The album Private/Public particularly caught my attention. Normally I can only handle noise projects in small doses but with this project the sounds and albums were diverse enough to keep me intuited. I worked backwards through their discography as far as I could go back. A Dedication to Volt was the one I couldn’t locate online.
Listening to Flux Information Sciences took me down a YouTube adventure where I discovered Cop Shoot Cop and Foetus. I had previously never heard of either bands or of musician J. G. Thirwell. After hearing the album Nail by Foetus I recognized the familiar sound of another musical project. Almost a deja vu moment, until track 4, Pigswill came on and I realized the similarities to Raymond Watt’s project <PIG>. Listening to Foetus you can hear where Raymond Watt’s earlier inspiration came from. Both musicians have a heavy swing-style approach while utilizing early noise elements and punchy lyrics. 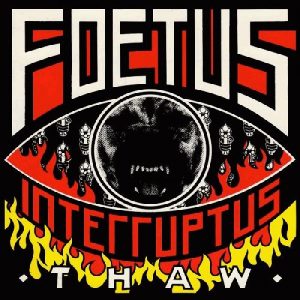 Needless to say I took a break from working to read up on these bands on Wikipedia and learn what other albums they had and other acts there are associated with. Foetus was a project I should have known of way earlier on. Being a heavy KMFDM fan and knowing of their members’ side projects like Excessive Force, MDFMK, <PIG>, Slick Idiot and Skold how did I miss Raymond Watt’s prime source of inspiration?
The discovery was insightful in mentally mapping the history of music and how they evolve over time. Musicians and all forms of artists pull their inspirations from others, goes to support that each piece is a progression of art as a whole. Sometimes you just got to dig a little further to find the deeper roots.